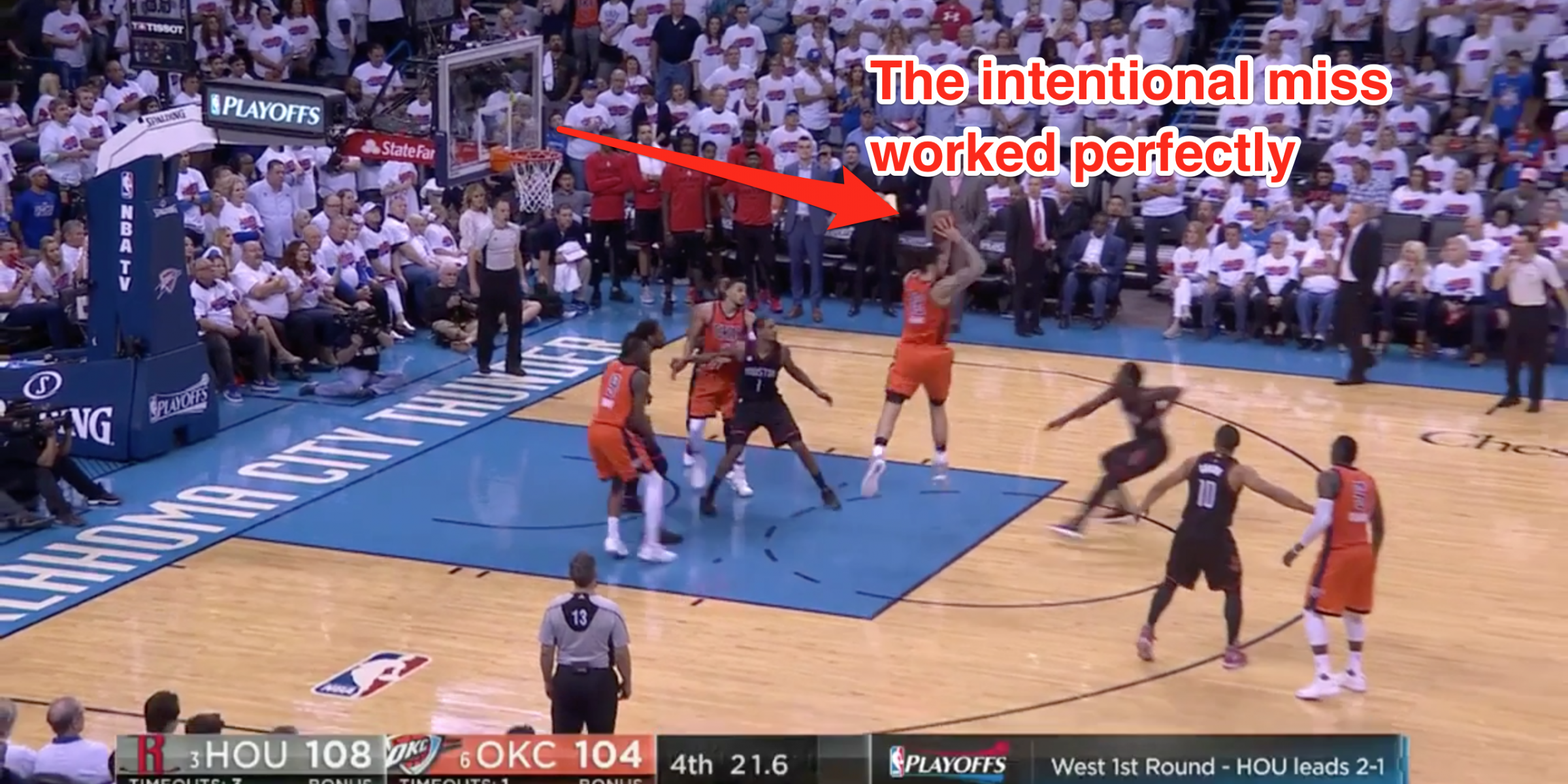 The Oklahoma City Thunder’s season is on the brink after losing a critical Game 4 to the Houston Rockets on Sunday.

The final moments of the game were one of the most bizarre of the postseason so far.

After the Rockets trailed for much of the game, they clawed back into the contest by successfully utilizing the “hack-a” strategy, intentionally fouling the Thunder’s Andre Roberson. Roberson missed free throws, going 2-8 from the line while the Rockets scored on the other end.

With 27 seconds to play, the Rockets leading 108-103, James Harden raced down the court for an easy basket but turned the ball over trying to make a dump-off pass to Nene, with Thunder center Steven Adams stealing the ball. Nene absentmindedly fouled Adams, stopping the clock and sending Adams to the line.

After making the first free throw, cutting the Houston lead to four, Adams briefly spoke to Westbrook at mid-court, seemingly game-planning. He then intentionally bricked a free throw, perfectly placing the offensive rebound as he kicked it out to Westbrook for a deep three. Westbrook nailed it, cutting the Houston lead to just one with 18 seconds left. It was the perfect execution of a difficult trick play.

The Thunder were in great position — foul immediately, stop the clock, and, at worst, they’d trail by three with the ball and the shot clock off. Instead, the Thunder failed to foul the Rockets all the way up the court after the inbounds. They finally caught Nene under the basket, but forward Jerami Grant fouled Nene on a layup attempt giving up a three-point opportunity.

While Grant may be blamed for the mindless foul on Nene, the Thunder guards are equally at fault for failing to foul in the backcourt.

As a result, the Thunder now trail 3-1 in the series as they go back to Houston. Oklahoma City has admirably competed in the series, but they may have cost themselves a great chance at a tied series by simply forgetting the game plan.