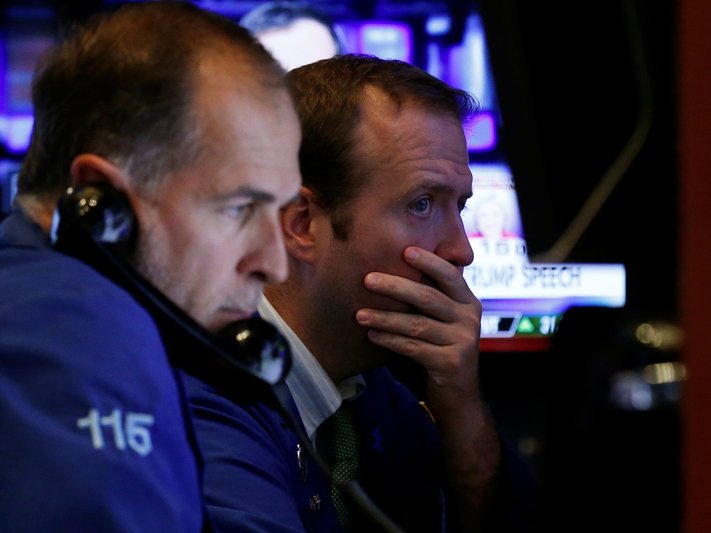 Stocks were lower in trading on Tuesday, and the S&P 500 declined to its lowest level since July.

October was the worst month for the market since January, and the S&P 500 trimmed its year-to-date gain to 3% from about 6%. An uneven start to the third-quarter earnings season rocked the share prices of some big companies on the major indexes that reported last month.

Next Tuesday’s presidential election also looms, although many investors are not making big trading decisions ahead of the vote. The Mexican peso, which has been considered a proxy for election sentiment, fell after a new poll showed Donald Trump leading Hillary Clinton by one point. The economic data released earlier on Tuesday was mixed. The ISM’s manufacturing purchasing manager’s index came in at 51.9 for October, beating expectations. However, construction spending unexpectedly fell, by 0.4%.

The Federal Reserve is meeting in Washington on Tuesday and Wednesday. Wall Street is looking forward to a statement on Wednesday that confirms the Fed is likely to raise interest rates at its December meeting.

Fed fund futures reflected a 69% chance that the Fed would raise its benchmark rate next month, and a 19% probability for a move this week.

SEE ALSO:Wall Street is standing by for confirmation from the Fed