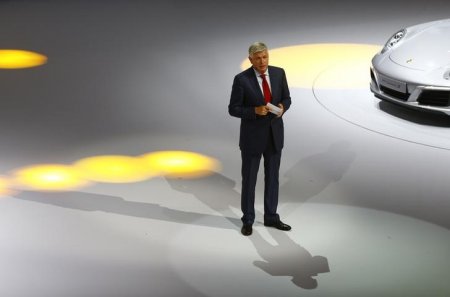 Wolfgang Hatz, a former head of group engine development at Volkswagen (VW) and R&D chief at Porsche since 2011, was suspended shortly after VW’s manipulations were revealed in September, together with other senior managers.

Porsche said on Tuesday Hatz had decided to leave because his suspension remained in force more than seven months later.

VW, Europe’s largest automaker, said last month an investigation by U.S. law firm Jones Day examining what role if any senior executives played in the scandal was at an advanced stage and due to be completed in the fourth quarter.

Porsche’s supervisory board has appointed Michael Steiner, head of quality management and a former manager at Daimler , to succeed Hatz immediately, the Stuttgart-based carmaker said.

VW announced a deal with U.S. regulators last month to buy back or potentially fix about half a million diesel cars which sources and analysts said could cost the German group at least $10 billion.

The outline settlement does not include nearly 90,000 Porsche, Audi and VW models equipped with six-cylinder diesel engines developed by Audi that also do not comply with U.S. clean air standards.