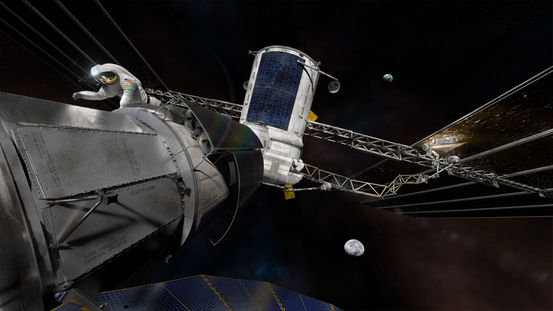 The road to Mars is getting closer every day. Even with Elon Musk’s grand dreams of colonizing the Red Planet, his vision is much more difficult that you think. It requires a lot of planning, much of which I’m sure Mr. Musk has thought about. But even if he doesn’t begin to think about it, NASA is and it is enlisting other companies to help develop the tools necessary for this dream to be a reality.

During the Next Space Technologies for Exploration Partnership (or NextSTEP) Board Agency Announcement, NASA announced it has selected six companies to begin the research and development for concepts, tools and ideas that will be integral to reaching Mars and beyond.

Some of these concepts improve the already in place components of space exploration, but their ultimate goal is to turn these concepts into useful space habitat exercises that can be regularly accomplished, and not just live in our imaginations.

The different concepts the companies are working on range from designing logistic modules for shuttle resupply missions to creating unmanned cargo spacecrafts. Some of their ideas even involve building long-duration habitats that will be constructed in space. Boeing is building a modular habitat system that it plans to send up to space in 2024. Some of these ideas are pretty wild, but probably the right out-of-the-box thinking that will get us to Mars sooner rather than later.

Just contemplating about reaching Mars is crazy, but it’s also insanely cool that this might become a reality in our lifetime. We’ll keep our eyes on these companies to see if their efforts yield fruitful tools for our eventual trip to Mars.