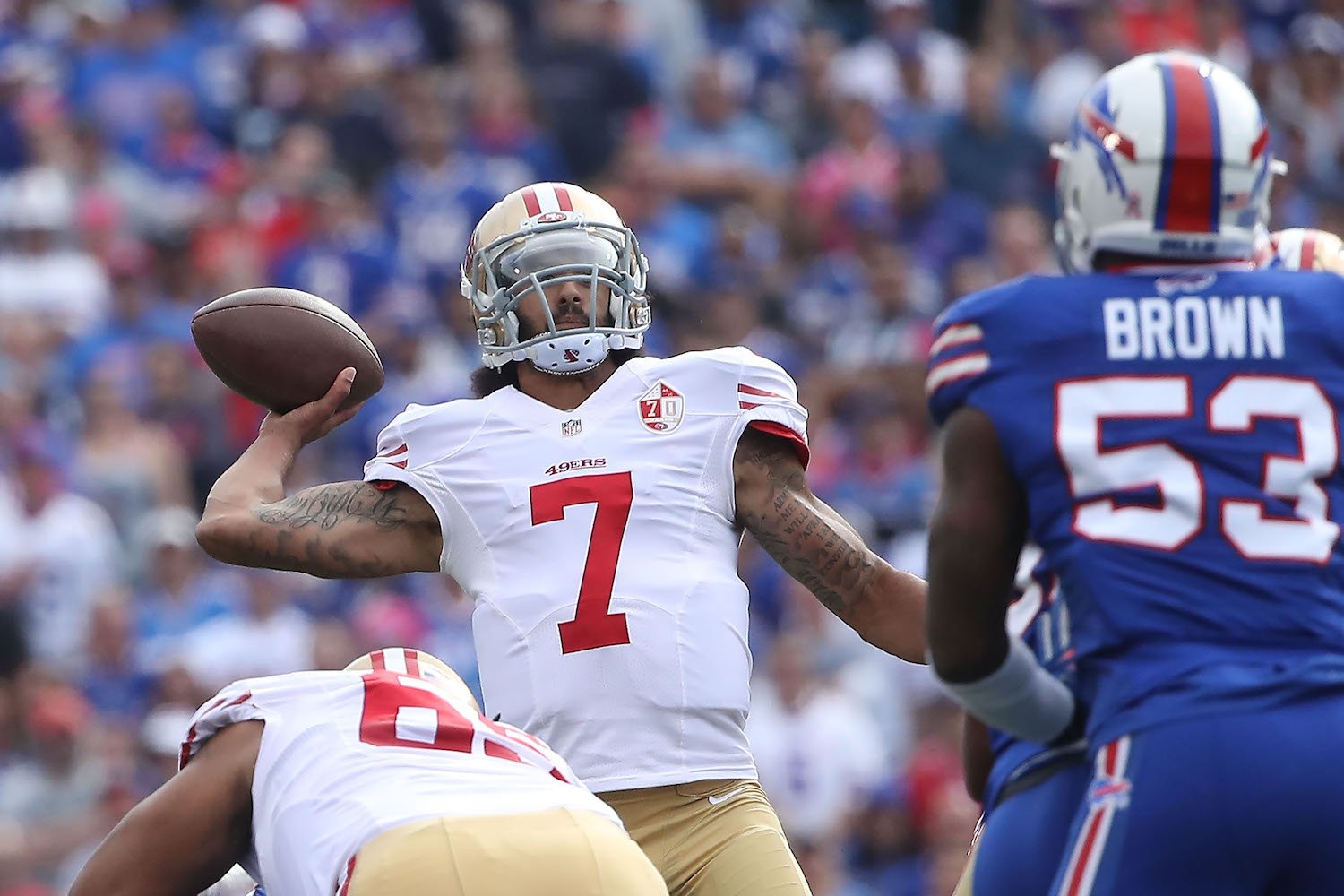 After opening the season at 1-4 and looking particularly hapless on offense, the San Francisco 49ers announced this week that Colin Kaepernick would make his first start of the season against the Bills on Sunday.

So far, the only question he’s raised is why the Niners didn’t start him from the get-go.

There are plenty of other problems to be solved in San Francisco before the Niners can legitimately compete for a playoff spot, but a solid Kaepernick is certainly a nice start.