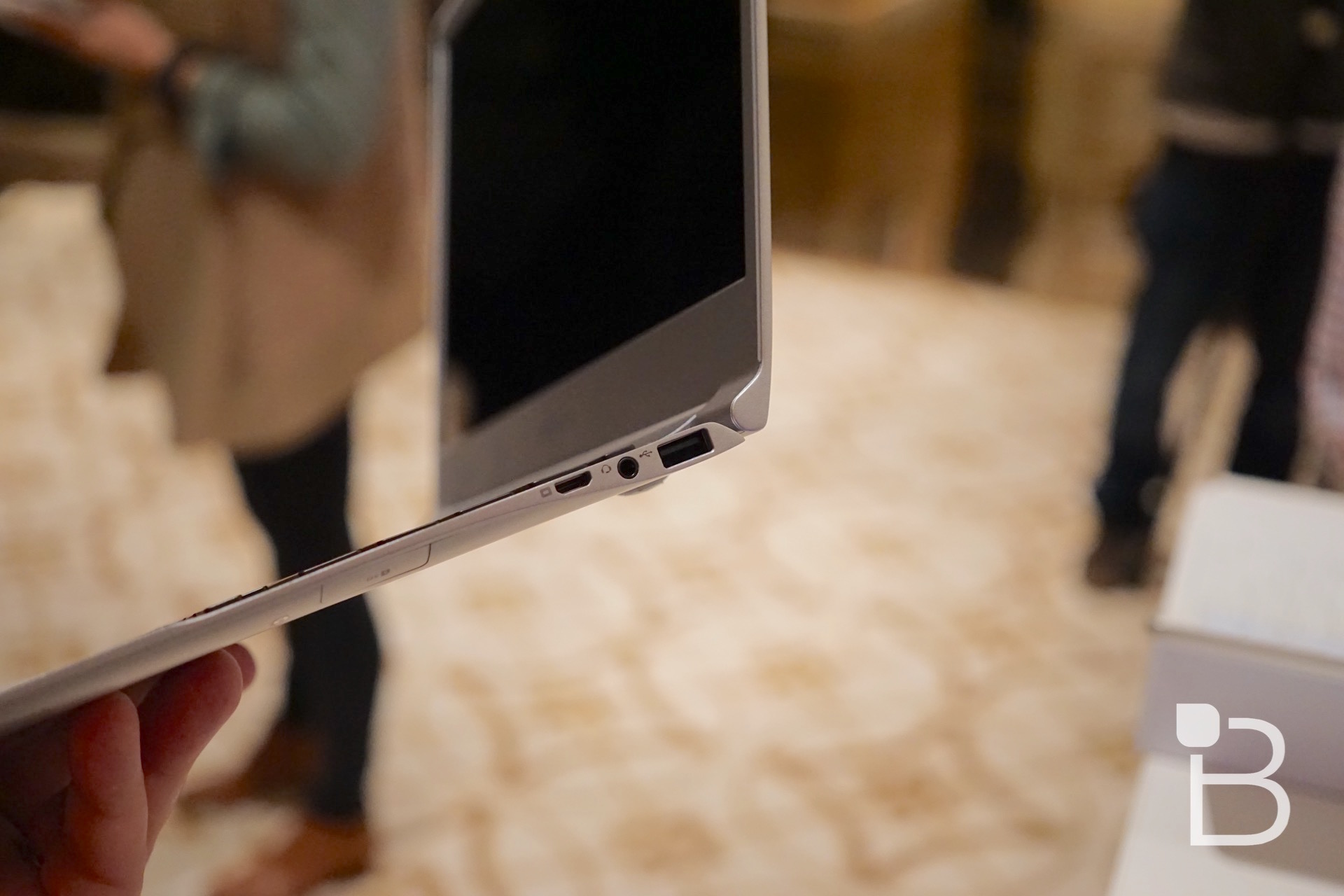 We’re still here on the showfloor trying to edit the final videos, get the last posts out and suck in the last gasps of dry Vegas air before we jump in our cars and board our airplanes home. The decisions for the Best of CES 2016 have already been made, though.

We roamed the crappy carpets, went to crowded press conferences and shook enough hands to get us all runny noses all to bring you the most compelling things we came across.

So what’s the good stuff? Glad you asked, you inquisitive mind, you.

We said it in our hands-on and we’ll say it again. The Samsung Notebook 9 is so light that it feels like a prototype.

The 13.3-inch model weighs in at just over 1.8 pounds, lighter than the MacBook, but packs a much more powerful Core i7 processor. Meanwhile, the 15-inch model promises up to 12 hours of battery life and has a fast-charging battery that can juice up in about two hours.

It’s the most impressive laptop we laid eyes on here at the show, and we can’t wait for it to hit the market later this year.

Less of a drone and more of a graceful bird-plane, the Disco utilizes a winged design fit for a military operation.

Not only is the design different compared to what we normally associate with drones, but the Disco is much easier to use. Parrot says users can just chuck the Disco into the air, and that’s it.

It features a front-nose camera, automatic landing, and a flight time of around 45 minutes.

HTC and Under Armour teamed up and introduced several new products at the show. We’re most impressed by the “Health Box” which is technically a collection of products.

We’ve been testing the UA Scale and UA Band for the past several weeks and love the performance. The band is comfortable, offers long-lasting battery, automatically tracks sleep and keeps us hitting our step goals. The scale connects right into the UA Record app where you can keep track of all of your personal health data.

The box rocks, and at $400 we think it’s a great buy for folks ready to start focusing on their personal health.

The Galaxy TabPro S can best be described as a Surface clone, and we mean that in the best way possible.

Pricing has not been announced just yet, but our first impressions of the device are already very good, making this one to watch out for when it launches later this year.

Virtual Reality is taking off, which means so are the multitude of ways you can use it. Speck came to CES with the Pocket VR, which provides a virtual reality experience that can fit in your pocket.

Included with a Candy Shell case, Pocket VR is a slim rectangle that unfolds into a headset you can use to watch virtual reality content on your iPhone 6/iPhone 6s or Galaxy S6.

We love the idea and hope the company expands the offering to other handsets in the near future.

webOS 3.0 is LG’s new Smart TV operating system and it promises to be one of the smartest on the market when it launches on LG’s 2016 TVs.

We were particularly impressed with the smartphone sync features, which allows you to easily view content and apps from the entire family’s smartphones. It will also serve as a new smart home hub, providing information from connected gadgets you have around the house, and offers one of the slickest user interfaces we’ve seen on the show floor.

Among 8K TVs and smart appliances, the Kodak Super 8 was one of the more exciting gadgets announced at CES.

Not only is it a handsome device, but it brings more attention to film, which is increasingly becoming a lost art. The soul of Kodak’s old camera is left in tact, complemented by modern technologies such as a swiveling LCD, integrated audio and other ports for digital connectivity.

Razer is no stranger to powerful gaming laptops, but its Blade Stealth takes a unique new approach.

A productivity machine by day, and a gaming beast by night, the Blade Stealth can hook up to an external video card inside the Razer Core, allowing gamers to unwind after a long day of work with some hardcore gaming.

And with a starting price of $999, it’s competitive to other powerful ultrabooks on the market.

This post was co-authored by Todd Haselton and Brandon Russell. Decisions were made by the entire TechnoBuffalo staff.