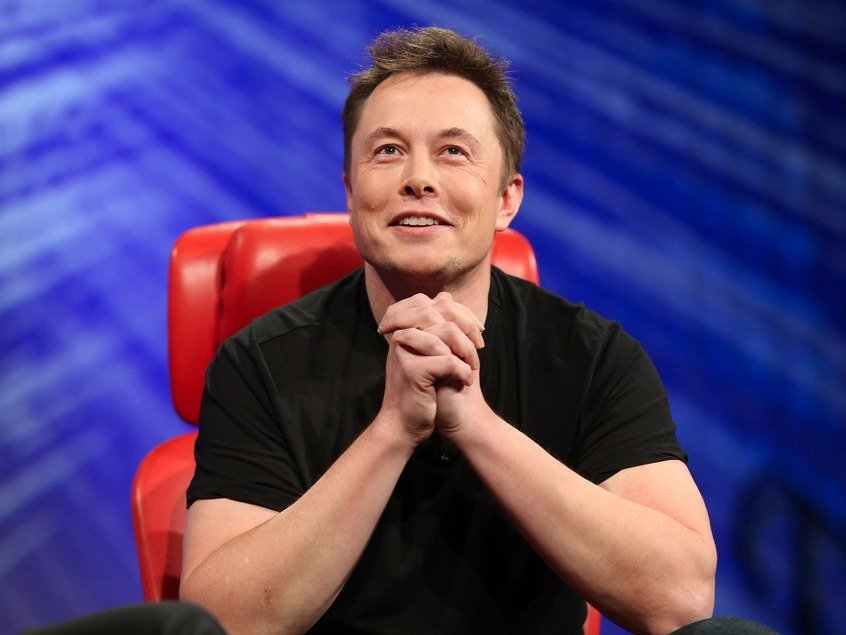 Lost in the madness of the presidential election was a big move by Tesla to address a problem that has plagued the company for years: production delays.

It’s been said before and it will be said again: Tesla CEO Elon Musk is a much-needed visionary when it comes to the automotive space, but his inability to deliver on the production end is a problem.

But Musk is looking to change that by buying a German automated manufacturing company — the terms of which haven’t been disclosed. It’s an encouraging sign of Musk’s intention to finally deliver when it comes to vision and product. The most notable example of Tesla’s production issues is with the Model X, which suffered delays that pushed back deliveries to the second half of 2016. It’s an issue Musk has acknowledged himself:

“We were in production hell,” he said during the company’s second-quarter earnings call. “We climbed out of hell in June.”

Musk even said he has slept in a sleeping bag in Tesla’s Fremont factory to personally inspect vehicles as they come off the production line. (If a CEO sleeping in his factory to ensure production is going smoothly isn’t a cause for investors to worry, I’m not sure what is.)

A little more on the Fremont factory itself: the factory has the capacity to build 500,000 vehicles a year, but is currently only producing a fraction of that. Tesla is maintaining its full-year guidance of delivering 80,000 to 90,000 vehicles by the end of this year. The Fremont factory at work.YouTube/iPhone-Fan

The Fremont factory currently uses 580 giant robot arms to assemble the Model S and Model X cars. But Musk has said he wants to automate more to improve speed, which has so far been lagging.

“I think we are … in terms of the extra velocity of vehicles on the line, it’s probably about, including both X and S, it’s maybe five centimeters per second. This is very slow,” he said in a September interview with Y Combinator’s Sam Altman.

Musk said added improvements for the Fremont factory are slated to arrive somewhere near summer 2018.

But Musk has a ton to contend with in 2017 to execute on Model 3 production. The Model 3 is Tesla’s first consumer-friendly car at a sweet price point of $35,000 before federal tax credits, not including Autopilot add-ons.

That’s not even factoring in production for Tesla’s existing models, the Model S and Model X. Musk also said demand is high for Tesla’s new 100 kWh battery option for the cars in late October.

“I receive daily updates on 100 kWh production because the demand is high and we need to satisfy that demand,” he said.

Sufficed to say, the Fremont factory is not enough, and that’s where the new acquisition comes in. Tesla is acquiring Grohmann Engineering that it describes as a “world-renowned engineering company in Prüm, Germany, which will become Tesla Grohmann Automation.”

The firm is an important supplier in the automotive industry, developing and manufacturing things like electric powertrains for Mercedes. Grohmann Engineering will honor those contracts while developing systems that automate and scale the production of Tesla vehicles.

As mentioned before, Musk has been open about the need to increase automation in if wants to reach its production goals. Acquiring Grohmann Engineering is a major step in that direction.

“As the machine that builds the machine, our factories are so important that we believe they will ultimately deserve an order of magnitude more attention in engineering than what they produce,” Tesla wrote at the time of the announcement. “At very high production volumes, the factory becomes more of a product than the product itself.”

Tesla said in that same announcement it began looking for engineering talent in automated manufacturing systems after increasing its output to 500,000 cars for 2018.

Tesla will also look to build other factories in an effort to advance its production pipeline.

Musk is planning to build a second Gigafactory in Europe that will build both batteries and vehicles, but an exact location won’t be determined until next year.

Tesla’s first Gigafactory is currently being built in Nevada and will build Tesla’s battery cells, which are produced in conjunction with Panasonic, and new energy products. When completed it will be the biggest factory in the world in terms of footprint.

Tesla will also produce solar cells with Panasonic at a plant in Buffalo, New York originally intended for SolarCity’s use. Tesla will only do so if its merger with SolarCity is approved, however. Shareholders will vote on the merger, worth $2.6 billion, on November 17.

All of these moves should be seen as an encouraging sign that Tesla could become a true automotive power house for electric cars. Now that Tesla has generated the demand for its newest cars, Musk plans to execute on production.

NOW WATCH: Everything we know about the Tesla Model 3