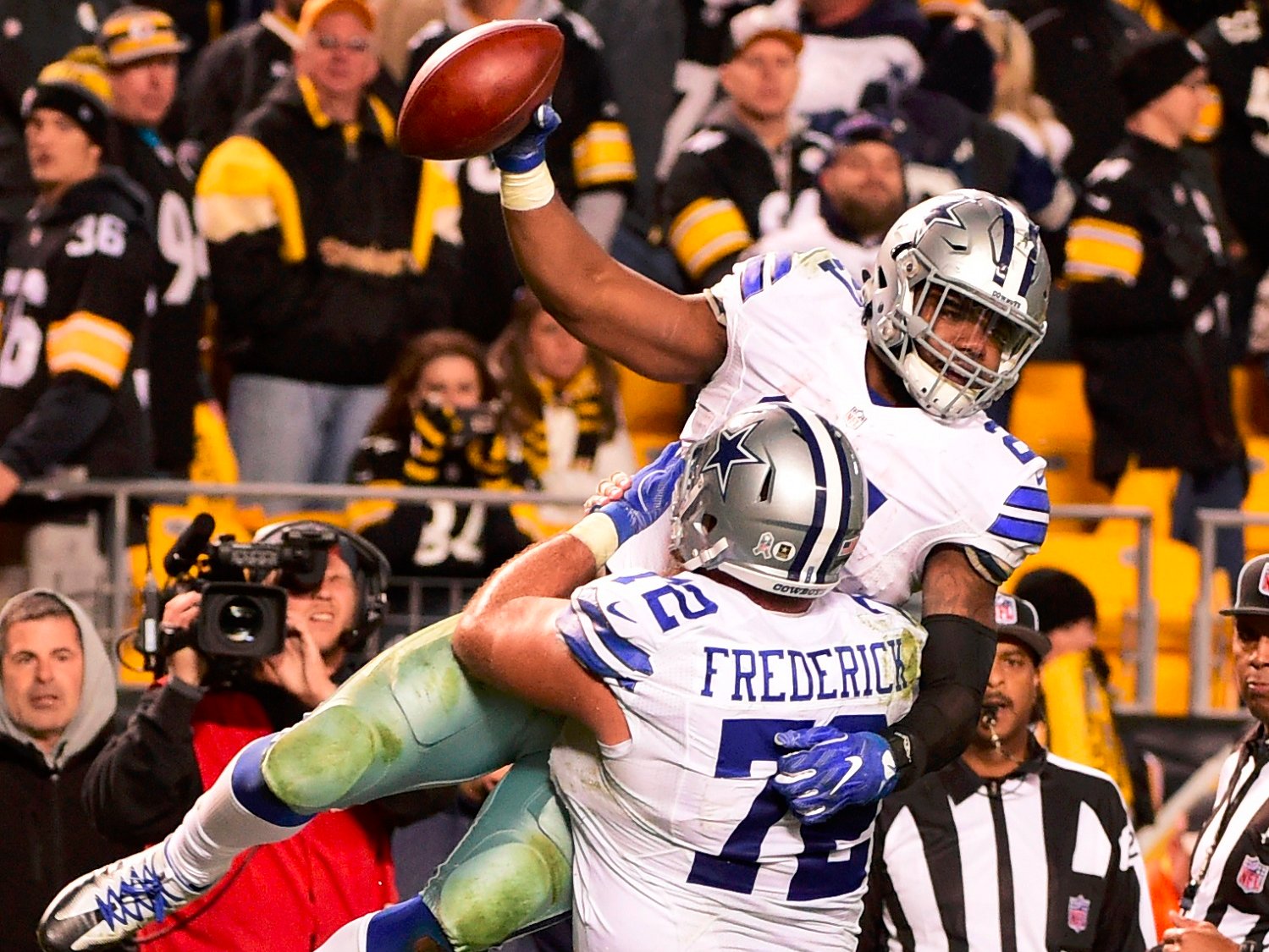 The Dallas Cowboys beat the Pittsburgh Steelers 35-30 Sunday in a back-and-forth affair that featured one of the wildest finishes in the NFL this season.

In 115 seconds late in the game, there were three touchdowns, a perfectly executed fake spike, little defense, and a last-ditch effort to win the game.

It began with Cowboys rookie running back Ezekiel Elliott running in a touchdown with 1:55 to play, giving the Cowboys at 29-24 lead. The Cowboys went for two, but did not convert.

On the ensuing drive, Ben Roethlisberger marched the Steelers down the field to set up what figured to be the final possession. With 53 seconds on the clock and one Steelers timeout remaining, Roethlisberger faked spiking the ball (which would have stopped the clock), and threw a gorgeous, floating pass to Antonio Brown for the touchdown. The Steelers took a 30-29 lead.

Even Steelers players were standing around, either fooling the Cowboys or unaware of the play. Pittsburgh then went for two, only for Roethlisberger to be picked off, nullifying the attempt.

With 42 seconds remaining, the pressure was on Cowboys rookie quarterback Dak Prescott to get the Cowboys up the field into field-goal range.

And get them up the field, Prescott did. He completed three passes. With the help of a facemask penalty on the Steelers, the Cowboys gained 15 more yards. Now within field range, the Cowboys simply needed to run the clock down. On the first snap, the Cowboys fed Elliott, who broke through the entire defense and scored his third touchdown of the day.

The Cowboys again went for two, but were unable to convert. With nine seconds remaining, the Steelers got the ball back. While they converted two passes, they were unable to find the end zone.

The Cowboys won 35-30 and have now won eight straight. In a week that held big importance for the NFL, the league scored a win with the Steelers and Cowboys playing one of the best games of the year.