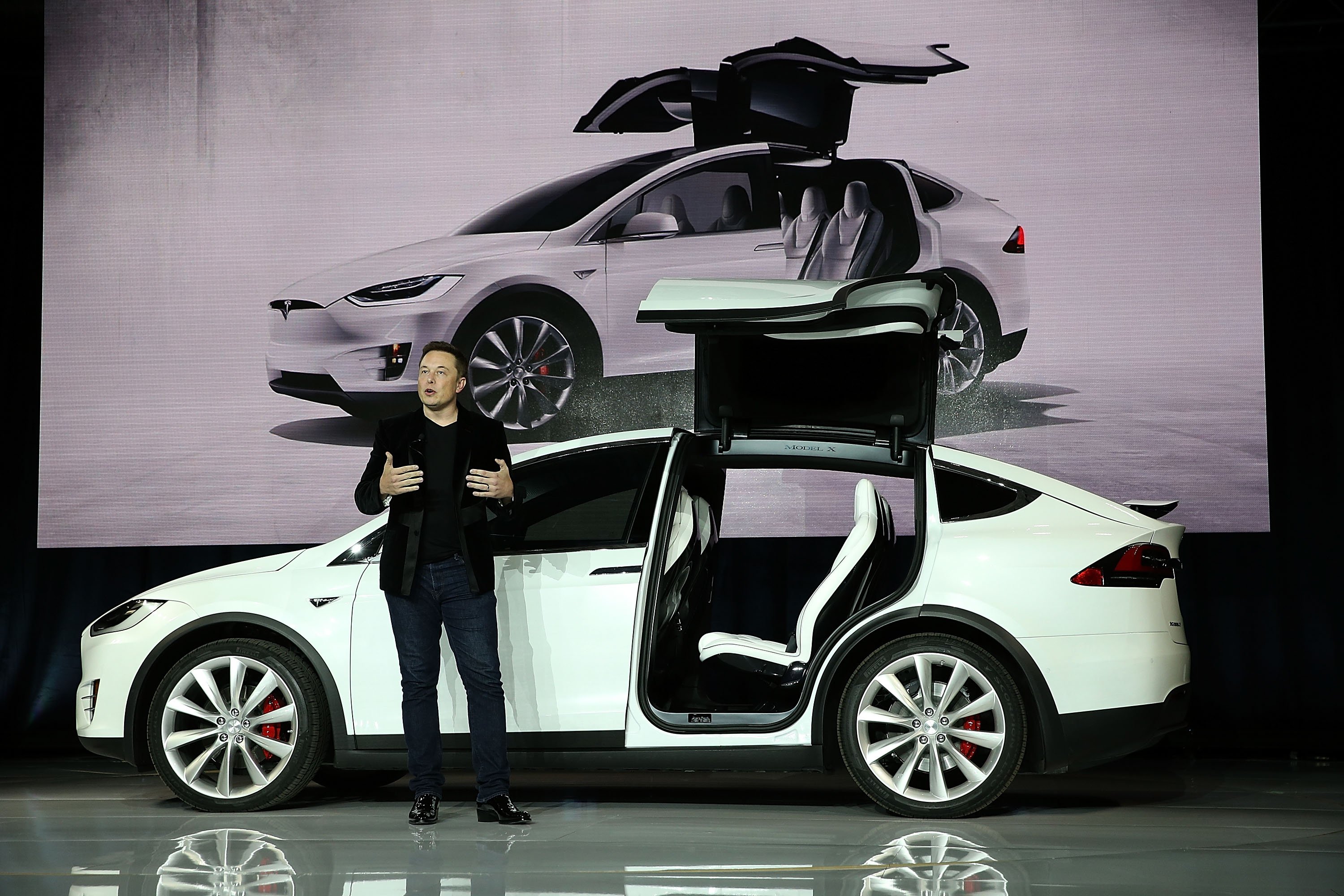 Tesla is completely unlike other tech companies in one crucial way

Tesla shares are getting crushed

Tesla will reveal its new car on March 31

Tesla reported fourth-quarter and full-year 2015 earnings on Wednesday — and to no one’s surprise the car maker lost a lot of money: $0.87 per share, on revenue of $1.75 billion.

That’s notably higher at the upper end than the back-of-the-envelope estimate I came up with — 75,000 — based on the current pace of Model S and Model X production.

Tesla did acknowledge in its investor letter that it will have to pick up the pace mid-year to make that goal.

But before the ambition gets anyone too excited, it’s worth recalling that Tesla has a pattern when it comes to output predictions: guide high and see how it goes. Last year, early on, Tesla guided to 55,000 deliveries at the high end, but by the end of the year barely beat 50,000, after revising the projection down.

Tesla can’t continue to do this as it matures. Traditional automakers can typically figure out how many cars and trucks they’re capable of building and then raise and lower that figure depending on demand. Tesla has enough capacity at its Fremont, CA factory to build 400,000 vehicles. Eventually, it needs to bring that capacity online.

So at the start of 2016, we have a setup with Tesla that’s similar to early 2015: an ambitious goal for deliveries — and a lot of pressure to make good on that goal, while investors know that upper end in past years hasn’t been met.

NOW WATCH: Tesla’s rival just unveiled its first car — and it looks like a futuristic Batmobile