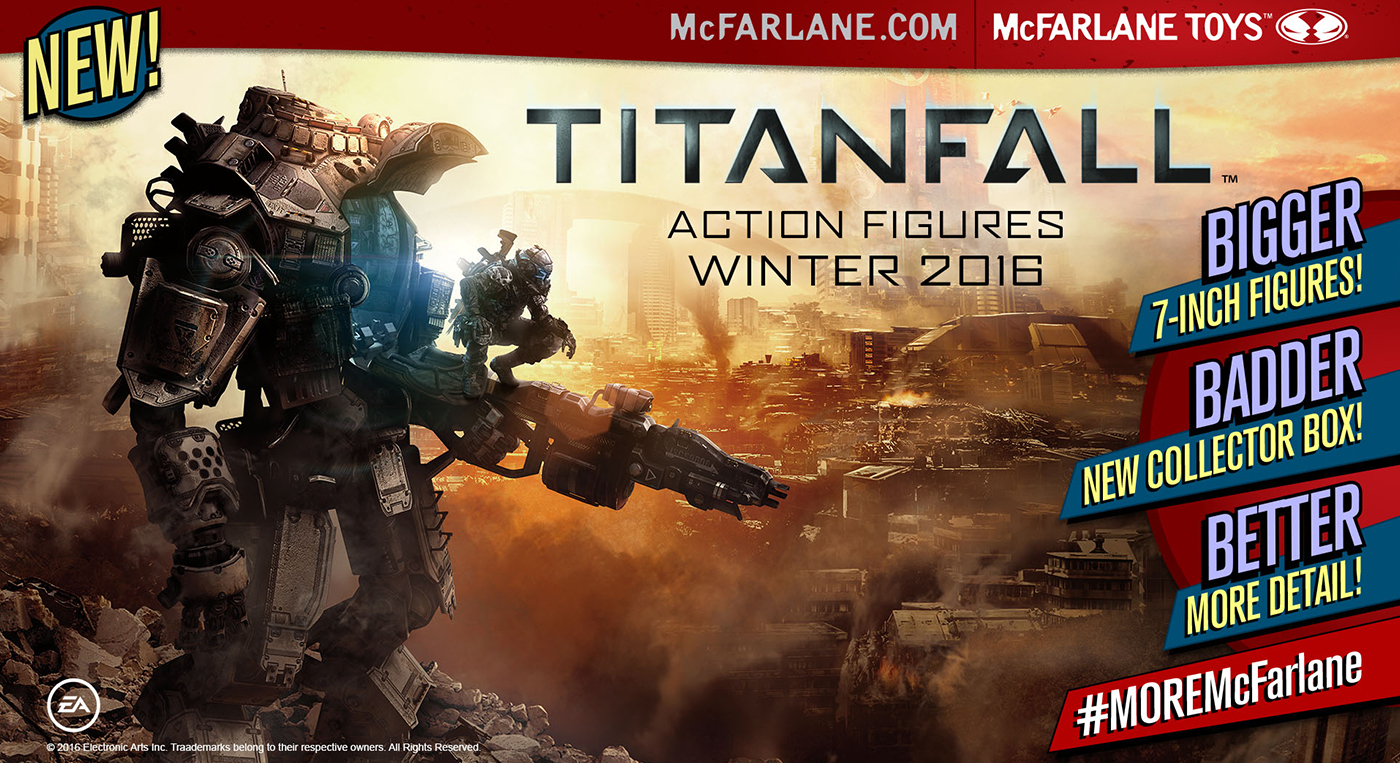 We know Titanfall 2 is coming. Writers have spoken about the future of the franchise, and EA and Respawn have made it clear that it is just that for them, a franchise. But we had yet to hear any kind of official word from anyone, until now. That reveal came not from EA, not from Respawn, but from toy maker and former comic artist Todd McFarlane.

Alongside the unveiling of the official page for the toys came an announcement. The Titanfall figures “will be part of McFarlane’s bold new 2016 Collector Box Program.”

The announcement goes on to say that the figures “will be released in conjunction with the highly anticipated launch of Titanfall 2,” making this one of the official first mentions of the game and the first to connect it to 2016.

It looks like we can finally say with confidence what we’ve been expecting for some time: Titanfall 2 is set to release in Winter 2016, platforms currently unannounced.

The only caveat to that is that for many companies, Winter 2016 starts on December 21st, 2016 and extends through the first few months of 2017, so that could still point to a launch just after the new year, but with the franchise going multi-platform, it seems like something EA might want to get in front of the holiday sales rush.

With this news out in the wild, it’s likely we can expect a statement from EA before too long.