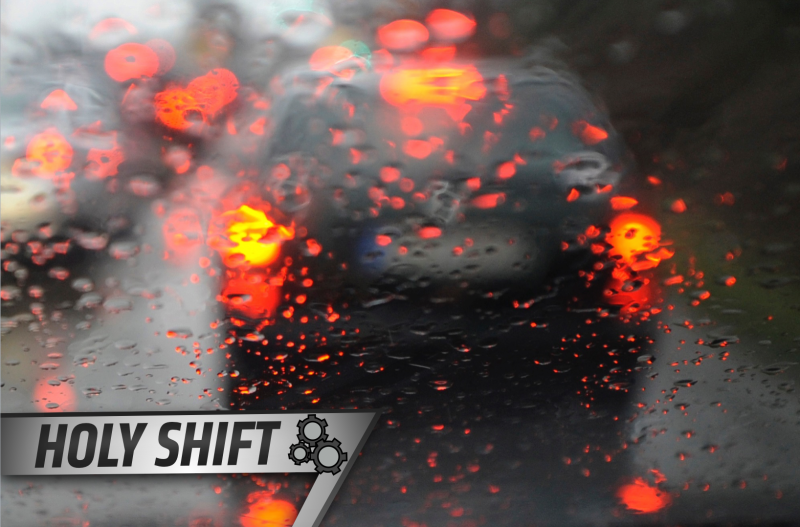 Psychologists have to deal with plenty of flak, almost entirely because there are just so many college students who want to be one. But psychology can be more than just the, “Wow, how trippy is that?” response most people have upon first study, and it’s actually to thank for the extra brake light on the back of your car.

Compared to the weird, hodgepodge beginnings of modern turn signals that we discussed last week, the history of the third brake light is a far more structured one. In 1974, psychologist John Voevodsky slapped an extra shiny thing on the back of cars to see if it would help our ever-distracted society be safer on roads.

(If society had enough distractions to warrant a third brake light over four decades ago, we probably need about 10 these days. Actually, just turn entire backs of vehicles into one big brake light. That works. Maybe.)

Voevodsky conducted the study with one of the best atmospheres possible—in the San Francisco streets, on the backs of taxicabs. A total of 343 taxis received the extra brake light by random assignment, and the 160 designated as the control group had to keep operating with a measly two.

The weird younger sibling of the original brake light had 10 months to prove itself during this particular experiment, and it didn’t do a terrible job. From the abstract of Voevodsky’s study:

The light, activated by the use of the brake pedal, was pulsed in a controlled fashion at a rate, duty cycle, and intensity that varied exponentially with a component of deceleration. A comparison of the experimental group (with the light for 12.3 million miles) with a control group of 160 cabs (without the light for 7.2 million miles) revealed that the light prevented 5.4 collisions, 1.02 cab driver injuries, and $643 of taxicab damage per million miles.

The the collision and injury tallies don’t seem incredibly high per million miles, but they add up when considering how many miles the population travels on a regular basis. The results were promising enough that the National Highway Traffic Safety Administration tried Voevodsky’s study out for itself soon after.

Results the second time around proved good enough for the NHTSA, and third brake lights became mandatory for all new cars in 1986. The same requirement came along for all new trucks in 1994, perhaps because their regular brake lights are so high that they could serve as reading lights for other cars. (Wait, you’re telling me lifted trucks are a normal thing in just Texas? I need to move.)

After implementing the law, the NHTSA tracked crash data from eight states and discovered that rear impacts went down by 4.3 percent. From the American Psychological Association, which did not include the state names or time frame over which the data spans (in other words, take it with a grain of salt):

Although less dramatic than the original findings, this means that since the lights became standard equipment, there have been about 200,000 fewer crashes, 60,000 fewer injuries, and more than $600 million in property damage saved every year …

No matter the stats, any lives saved are good ones. And it all results from the time a psychologist thought, “You know, perhaps two brake lights just aren’t enough.” Three totally isn’t a crowd in this situation.

As for Voevodsky, he also did studies on why ice water hurts and war-related behavioral events. Well-rounded guy, it sounds like.

If you have suggestions for future innovations to be featured on Holy Shift—in street cars, the racing industry or whatever you’d like—feel free to leave them in the comments section. The topic range is broad, so don’t hesitate with your ideas.