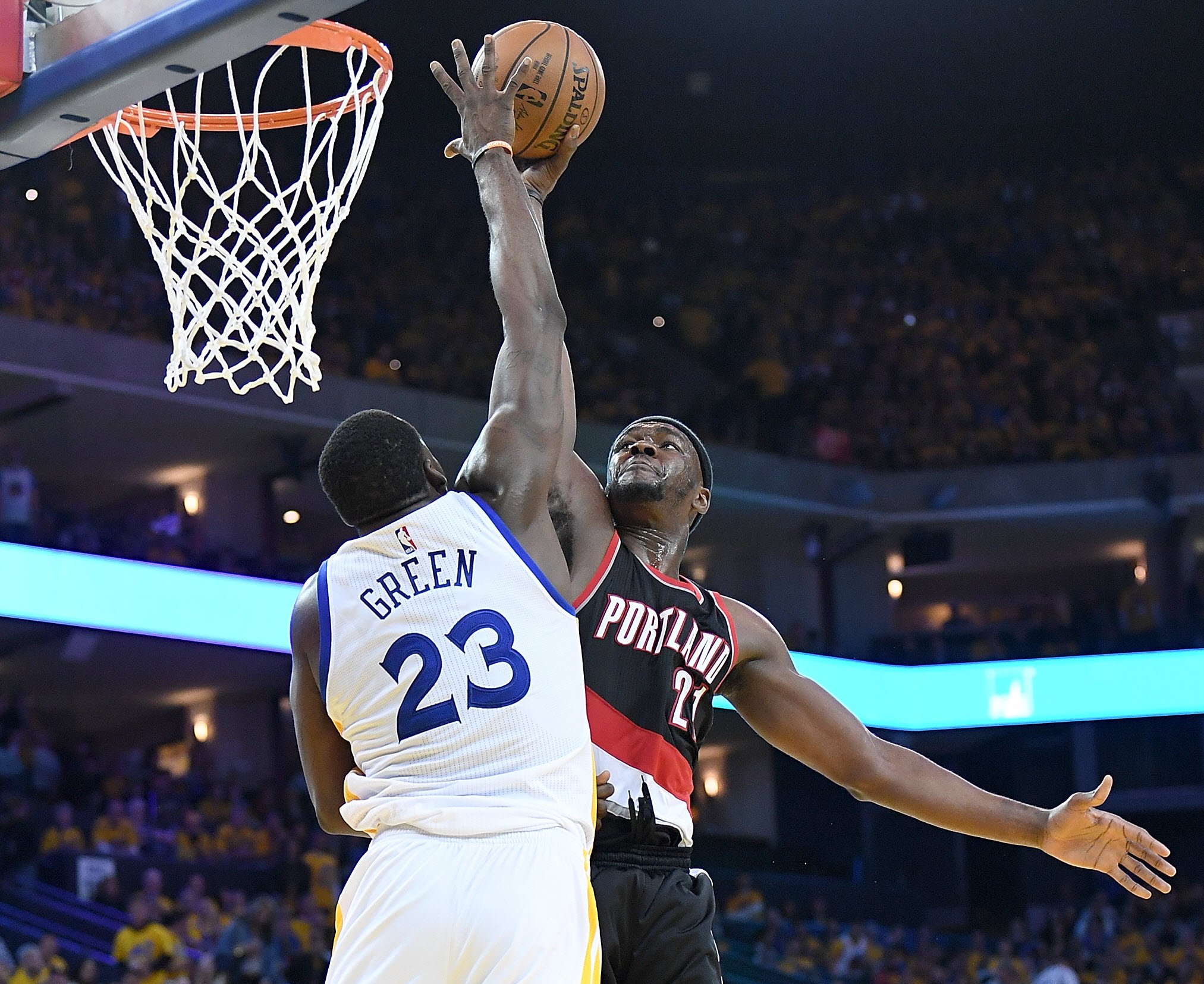 Good morning! The quest for Larry O’Brien NBA Championship Trophy began this weekend. There was a buzzer-beater, some upsets, and a battle of the MVP favorites. Here are the top plays everybody will be talking about.

The Joe Johnson buzzer-beater. The Utah Jazz picked up a big road win in their opening-round series against the Los Angeles Clippers. After Chris Paul tied the game with 13 seconds to go, the 35-year-old Joe Johnson brought the ball up the court, drove the lane, and hit a running floater that fell through just as time expired [read more here].

The Paul George pass. The Indiana Pacers’ loss to the Cleveland Cavaliers is going to be remembered for the shot George did not take. With the Pacers down by one in the closing seconds, George got double-teamed and passed the ball to C.J. Miles. George immediately started calling for the ball back. Instead, Miles took the final shot and missed. George later chided Miles for taking the shot, saying, “In situations like that, I gotta get the last shot.” LeBron James later said George made the right play giving the ball up and just needs to accept the result. [read more here].

The Draymond Green block. With less than six minutes to go in the third quarter, the Golden State Warriors had a one-point lead. Klay Thompson appeared to confuse a trailing Portland Trail Blazers player for a teammate and threw the ball away. That turned into a 2-on-1 fast break and what looked like it was going to be an easy dunk for Noah Vonleh and a lead for the Blazers. Instead, Green recovered and rejected the dunk at the rim. The Warriors went on to win 121-109.

The Draymond Green block. The Sharks