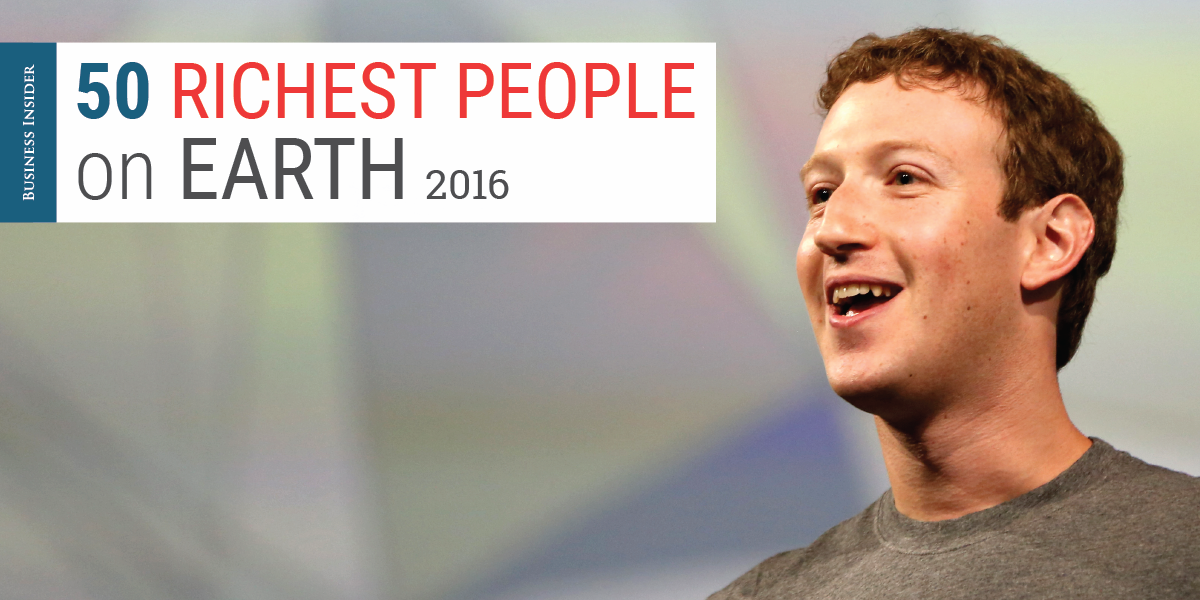 The wealthiest 50 people in the world control a staggering portion of the world economy: $1.46 trillion — more than the annual GDP of Australia, Spain, or Mexico.

That’s according to new data provided to Business Insider by Wealth-X, which conducts research on the super-wealthy. Wealth-X maintains a database of dossiers on more than 110,000 ultra-high-net-worth people, using a proprietary valuation model that takes into account each person’s assets, then adjusts estimated net worth to account for currency-exchange rates, local taxes, savings rates, investment performance, and other factors.

Its latest ranking of the world’s billionaires found that 29 of the top 50 hail from the US and nearly a quarter made their fortunes in tech. To crack this list, you’d need to have a net worth of at least $14.3 billion. And for the most part these people weren’t born with a silver spoon. More than two-thirds are completely self-made, having built some of the most powerful companies, including Amazon, Berkshire Hathaway, Google, Nike, and Oracle.

From tech moguls and retail giants to heirs and heiresses, here are the billionaires with the deepest pockets around the globe.