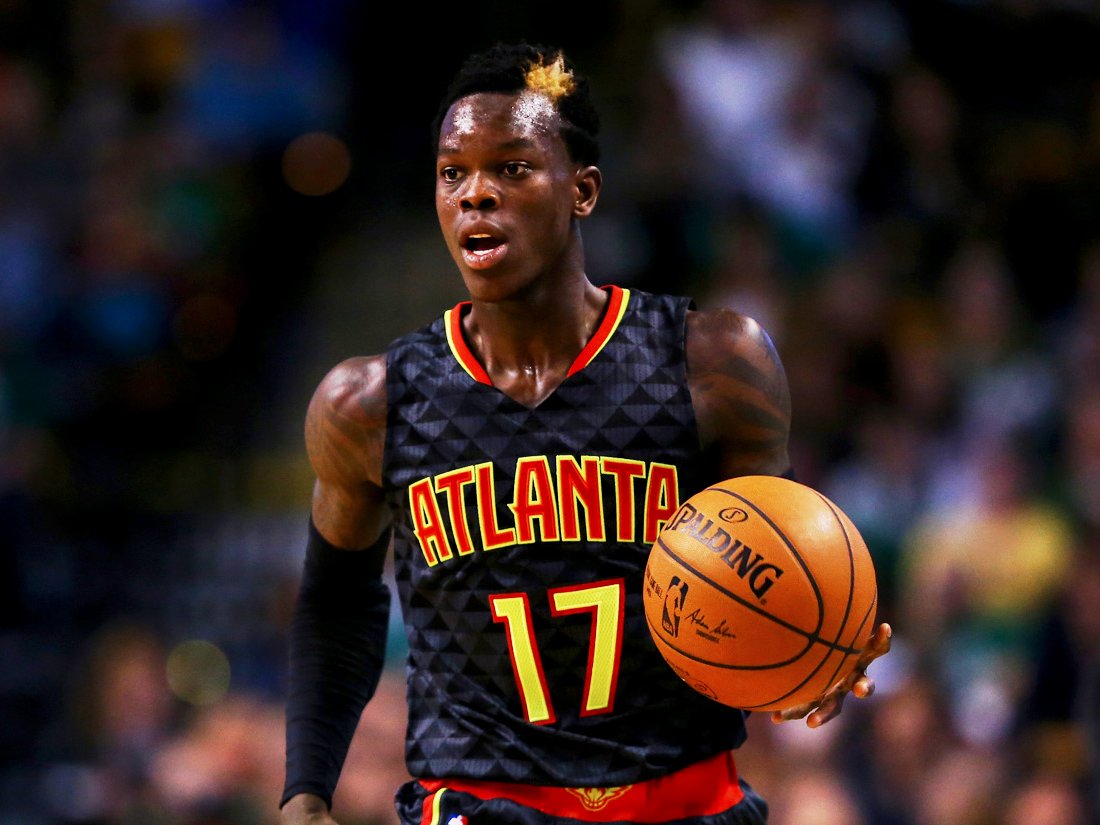 Maddie Meyer/GettyDennis Schroder would have been a big acquisition for the 76ers.

The Philadelphia 76ers and Atlanta Hawks nearly made this year’s quiet NBA trade deadline more exciting with a big deal before the Hawks pulled out.

According to Keith Pompey of Philly.com, the 76ers offered the Hawks second-year guard Nik Stauskas, point guard Ish Smith, an expiring contract believed to be JaKarr Sampson, and a 2016 first-round pick for third-year guard Dennis Schroder.

Pompey reports that the Hawks pulled out of the deal later on because of the uncertainty of Smith’s future, as he’ll become a free agent this offseason.

Pompey also reports that talks are expected to resume at the NBA draft this year, and the Sixers would have interest in signing Schroder to a max contract when he becomes a free agent in 2017.

Schroder is a young, talented point guard with considerable upside. This year he’s averaging 11 points, three rebounds, and nearly five assists a game while shooting 34% from three. However, his per-36-minutes numbers — used to project a player getting starter’s minutes — are 19 points, five rebounds, and eight assists.

While Schroder wouldn’t single-handedly push the 76ers from laughingstock to playoff contender, the trade — particularly offering Atlanta a first-round pick — does signal that the 76ers are done tanking. By acquiring Schroder, the Sixers would be handing him the keys to the offense and actively seeking wins. A team trying to lose games doesn’t make that kind of offer to the Hawks.

When the 76ers brought in Jerry Colangelo to take on a bigger role with personnel over “Process”-master Sam Hinkie, it signaled that the 76ers felt they needed to make strides in their radical rebuild. Subsequent reports have indicated that Colangelo won’t totally reverse course, but ownership wanted to start seeing results after three straight years of tanking.

Since the 76ers have brought in Ish Smith, a respectable point guard who’s helped the offense, the team has been competitive in many games, even if their record doesn’t indicate it. It appears Colangelo and company took a real swing at the fence this trade deadline by trying to land Schroder, a point guard who could quicken the rebuild.

Ultimately, the 76ers missed, and they remain the frontrunners to get the No. 1 pick in the draft, with several other chances to land first-round picks, depending on how certain scenarios play out.

But if this report is any indication, the 76ers could finally be players in free agency this summer, and we may start to see how this rebuild shapes up.