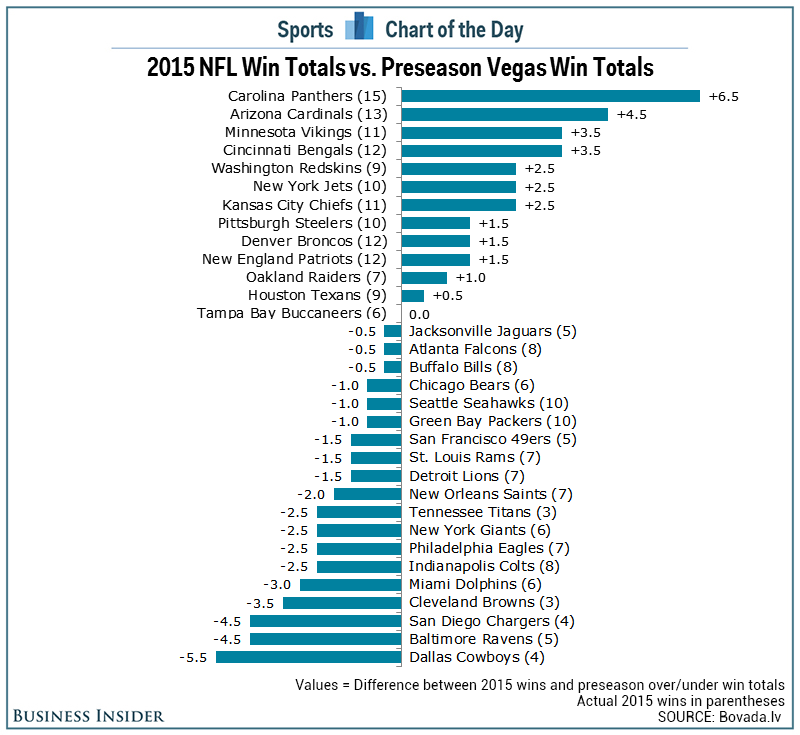 Prior to the season we took a look at how many games NFL teams were projected to win based on Vegas over/under win totals and no team outperformed their projection more than the Carolina Panthers.

The Panthers finished the regular season with a 15-1 record, 6.5 wins more than their preseason projected wins (8.5). The Arizona Cardinals (+4.5) were the only other team to finish more than 3.5 wins over their projection, going 13-3.

At the other end, the biggest underachievers this season were the Dallas Cowboys. They were given an over/under win total of 9.5 and won just four games.