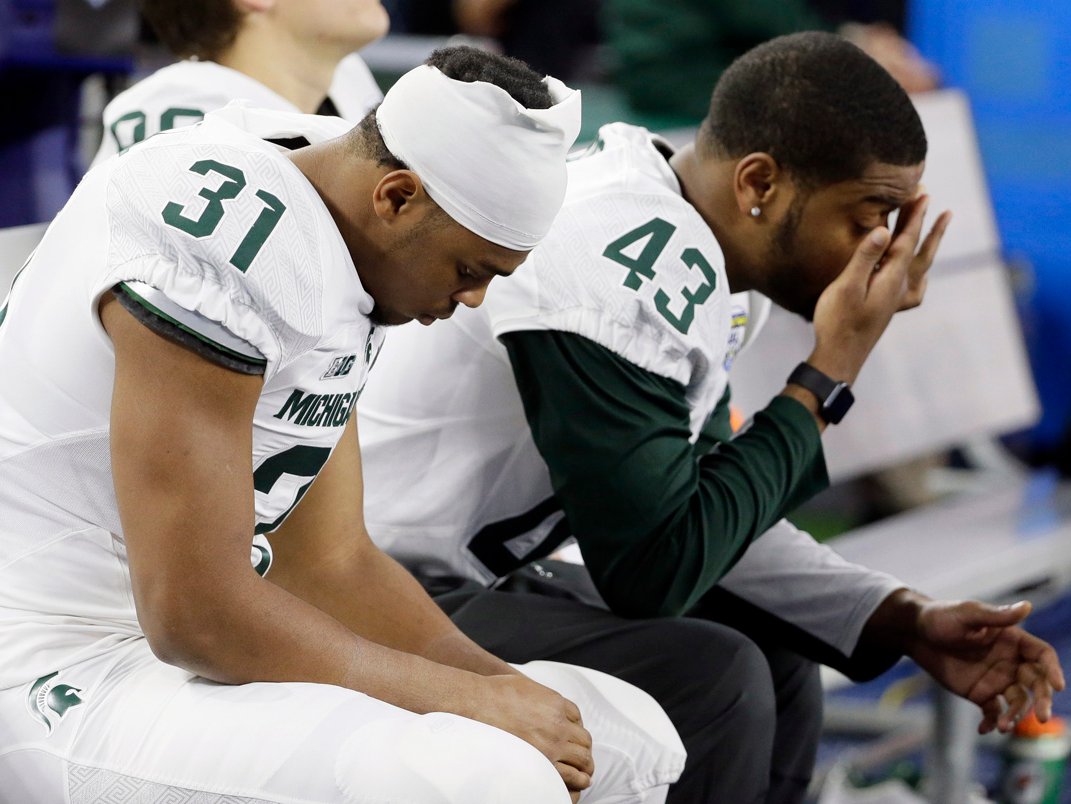 Map shows the most popular NHL team in every state

The College Football Playoffs were horrible for business.

After a successful first season of the playoffs, the College Football Playoff committee took a gamble by airing the second year on New Year’s Eve.

According to reports, the TV ratings were way down for the 2015 College Football Playoff semifinals, with a 38.5% drop in the Orange Bowl ratings and a 36.8% drop in the Cotton Bowl. Both games saw a multi-million drop in viewers from 2014.

As a result, ESPN might owe $20 million in free ads to media buyers, according to John Consoli of Broadcast and Cable. Consoli writes:

… media buyers say the network owes upwards of $20 million in ad makegoods for ratings shortfalls for the two games.

ESPN may have gotten a bit greedy when setting its ratings estimates and offering higher guarantee levels to advertisers for the two games, knowing audiences might not flock to their TV sets, despite the optimism of the CFP committee. However, advertisers are concerned about next season’s potential audience levels for the games, which will also be televised on New Year’s Eve. Even if the ratings guarantees by ESPN are set lower, advertisers would prefer the games be moved to New Year’s Day or even on consecutive primetime nights, exclusive of New Year’s Eve, when more people would likely watch.

As Consoli notes, ESPN is in a tough position between trying to help push the New Year’s Eve games and also hearing it from advertisers whose investments didn’t pay off because of the low viewership.

There’s been some debate about whether the ratings were low because of less-intriguing matchups, but the common theory is the games were just poorly timed. The College Football Playoffs are a new tradition, and asking people to stay in on New Year’s Eve, or simply even stay tuned into the games, is asking a lot. Many people argue that the games were better of New Year’s Day, when there’s less activity.

Perhaps the only optimism for ESPN is that they withheld the sale of some ad units after forecasting lower ratings for the semifinals, according to Consoli. Some media buyers feel ESPN has enough units left to sell for the championship and the NFL playoffs to make up some of that $20 million.