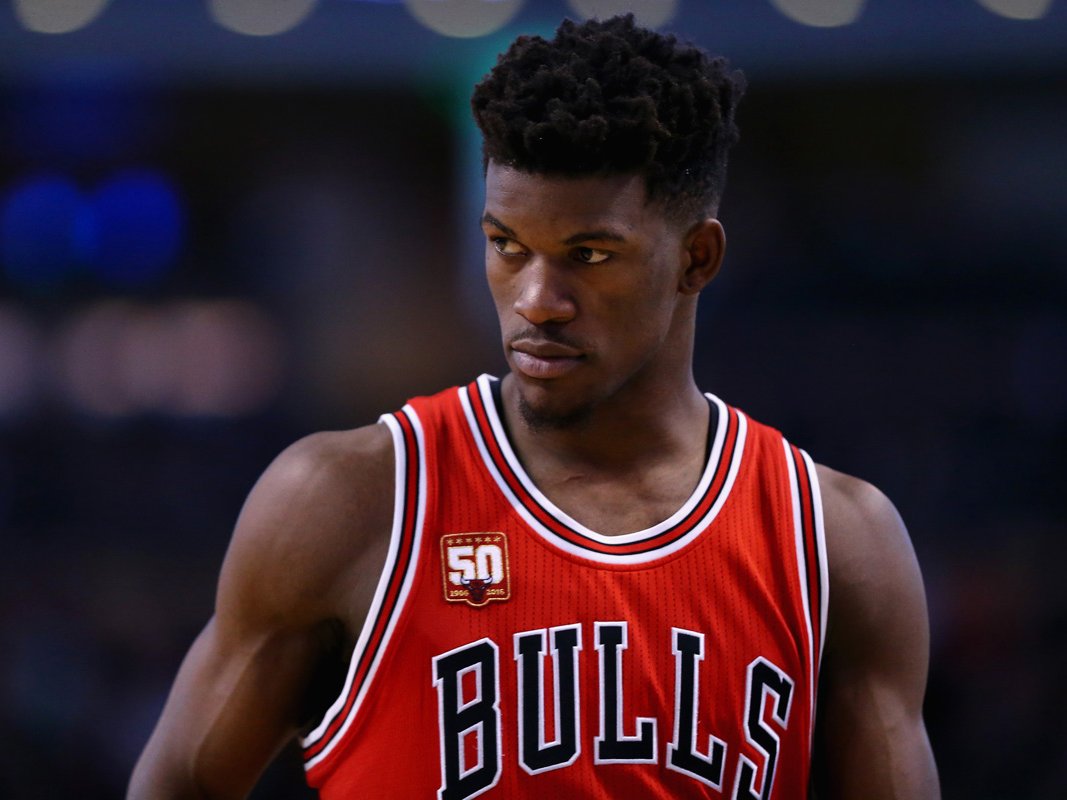 The Spurs signed a mysterious, 7-foot-3 Serbian star, and the NBA world is in love with him

The Phoenix Suns missed a chance to rebuild 2 years ago, and now they’re a disaster

LEBRON JAMES: How the king of the NBA spends his millions

After a slow start to the season, the Chicago Bulls are beginning to look like the potential contender people thought they’d be.

The Bulls were one of the NBA’s most confusing teams to begin the season — a surprisingly stout defensive team with a slow, rigorous offense, and seemingly little chemistry.

Things looked like they were heading for a crash just weeks ago. In a span of four days in December, the Bulls suffered a quadruple-overtime loss to the Pistons, then flatlined in back-to-back losses to the Knicks and Nets, leaving the team at 15-11.

Jimmy Butler had called out new head coach Fred Hoiberg for not coaching the team hard enough, reports surfaced that other players didn’t like Butler’s leadership style, and the team looked like it was heading for disaster.

Immediately after, however, the Bulls turned it around, and Butler has played a huge part. The Bulls have won six games in a row and seven of their last eight, and Butler’s numbers over the past six games speak for themselves: 24.8 points, 45.6% shooting, four rebounds, and 6.6 assists per game.

Butler entered the season with high expectations after winning last year’s most improved player, then signing a five-year, $90 million deal with the Bulls. Butler had emerged as a two-way player, the Bulls’ best perimeter defender and shot-creator. Butler has played well all season long, validating the max-level contract, but the biggest difference in the turnaround is the Bulls have figured out Hoiberg’s offense, and they’ve handed Butler the keys in the process.

Over the last six games, Butler has somewhat validated his preseason claim that he’s a point guard — a position he literally hasn’t played in his prior four years in the NBA. Butler’s turn as a playmaker during this six-game winning streak has come, in part, because Derrick Rose missed three games with various ailments.

Nonetheless, Butler’s January splits show his increased role in the offense. In January, Butler’s usage percentage has climbed to 30%, which would be 12th in the NBA if it were sustained for a whole season, according to Basketball-Reference. His assists per game are also up to 7.8 in January, as Butler has tied his career-high in assists with ten twice in the past two games. Similarly, while Butler isn’t leading the Bulls in “touches” — tracked by the NBA — during this six-game win streak, he is leading them in front-court touches, time spent with the ball, average seconds per touch, and points per touch.

Over the past six games, the Bulls have had a 108.8 offensive rating — a full ten points higher than where they were after the loss to the Nets. With Butler on the court, that number jumps even higher to 112.1.

While Butler’s three-point shooting has run hot and cold during this streak, as ESPN’s Nick Friedell has noted, Butler’s been attacking the rim more and settling for fewer midrange shots. His recent scoring was highlighted by a 42-point explosion versus the Raptors, in which he scored 40 points in the second half, breaking a team record held by Michael Jordan.

Numerous times the Bulls just gave Butler the ball and let him run pick-and-roll as he got to the rim with ease:

Butler’s averaging a career-high in assists per game this year, but that doesn’t mean he’s necessarily the most avid passer on the Bulls. According to NBA.com/Stats, during the Bulls’ win streak, Butler is second in total passes (trailing Pau Gasol by a healthy amount), but he’s leading the team in potential assists — plays where teammates miss shots that would be assists — and his assist-to-pass percentage is 15.2%, best on the team.

His passes aren’t flashy, but his attacking style creates opportunities for others to exploit holes in the defense:

Butler isn’t the sole reason for the Bulls’ uptick in offense. Pau Gasol is playing well, Hoiberg has nailed some rotation choices like getting rookie Bobby Portis more minutes, and the team as a whole agrees that they’re figuring out Hoiberg’s system.

What it does signal is a changing-of-the-guards (pun intended). This has long been Derrick Rose’s team, but sapped of his once-generational athleticism and explosiveness, Rose is no longer capable of carrying a team. While he still plays a crucial part in playmaking, this is Butler’s team now. Even Rose recently admitted that Butler’s recent play makes him the top-dog.

“The way Jimmy is playing, the patience he is playing with, you can tell the game is slowing down for him,” Rose told Bulls.com’s Sam Smith. “It’s fun to see, exciting; I’m happy for him. For a player like him to come into the league and for him to improve the way he is improving and for him being on my team it’s good. I don’t really have to do too much when I am out there because he’s taking great shots and he’s making the right plays.”

“Jimmy’s been playing unreal right now. He’s ballin’. So keep going to him until he doesn’t want the ball anymore.”

At 22-12, the Bulls now sit in second place, less than three games behind the Cavs for first place. This was perhaps the only team coming into the year that many people felt could realistically challenge the Cavs. With an elite defense and an improving offense riding Butler’s developing game, the Bulls are now living up to those expectations.