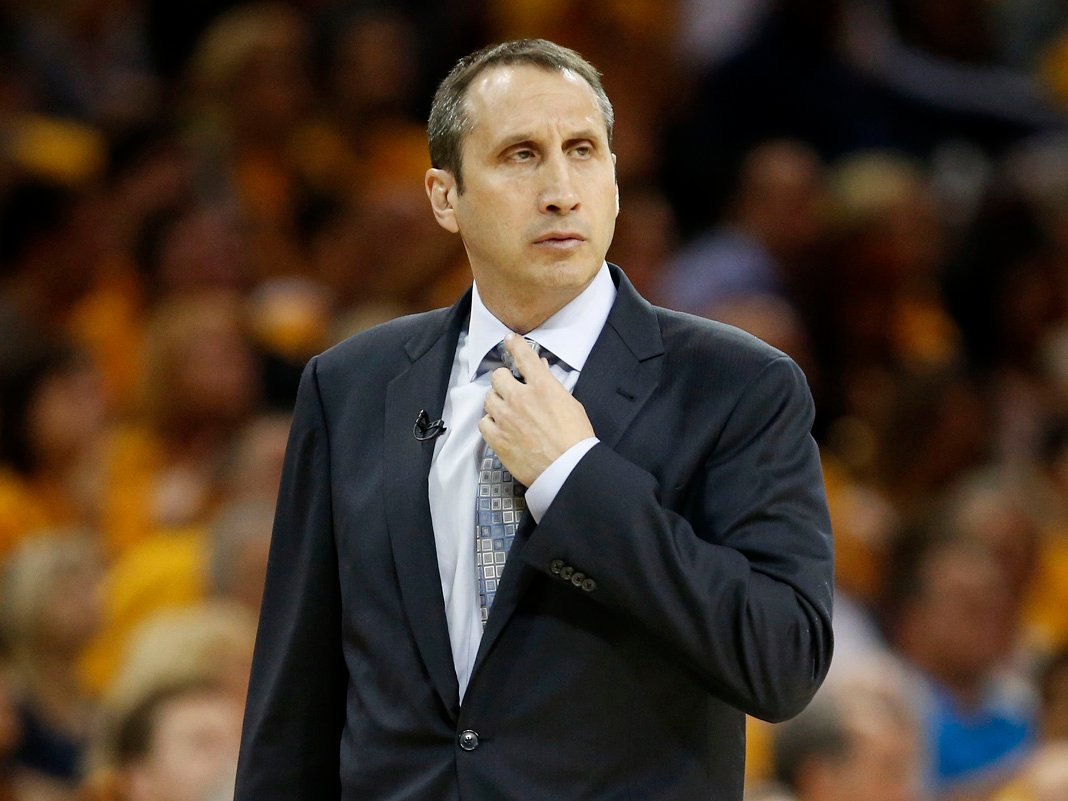 They lost by double digits to the Chicago Bulls in their first game under Tyronn Lue, and then barely squeezed out a win over the Minnesota Timberwolves.

One notable difference, however, has been the Cavs’ insistence on pushing the pace.

It’s a plan Lue has been trumpeting, even going so far as to say that Cavs players weren’t in good enough shape to play at a fast pace, and they’d have to gradually build their way up to it.

ESPN’s Zach Lowe had fellow ESPN reporter Brian Windhorst on his podcast Tuesday, and they discussed this new game plan for the Cavs, when Windhorst revealed where the idea came from — David Blatt.

“Ty Lue comes in and one of the first things he says is … ‘We’re gonna run more,'” Windhorst explained.

“And I started talking to people and I heard the Cavs had all these analytics about running more and why they wanted to do it. And so I asked the question, ‘Well, was David Blatt instructed to get the team to run more, and he wasn’t able to do it and that was a reason for his firing?’

“And the answer that I got was: It was David Blatt’s idea.”

Windhorst explained that Blatt came into this season and decided that the Cavs could boost their offense by pushing the pace. However, they didn’t do it.

Through the first 39 games, the Cavs ranked 28 of 30 teams in the NBA in pace, averaging only 95 possessions per game. They picked things up in Blatt’s last two games as head coach, but the idea was actually credited to Kyrie Irving.

“He knew exactly what he had, but he didn’t have the ability to get his players to do any of it,” Windhorst continued.

“My point is Ty Lue said, ‘Let’s run,’ and the players instantly — even though not effectively — they are trying to do what he wants to do. Yet David Blatt had this idea in the first place, I assume in July, and he wasn’t able to get them to do it.”

Since Blatt’s firing, numerous reports have indicated that he wasn’t well liked by the Cavs — a factor Windhorst and Lowe also elaborated on. LeBron James reportedly never wanted Blatt as his head coach, and players were fairly open in their distaste for Blatt’s coaching.

Reports have also made it clear that players favored Lue over Blatt. While Blatt’s firing came as a surprise, especially given the Cavs’ success, it seems that management gave Blatt a fairly long period of time, considering players seemed to generally dislike him from the start.

Now their reaction to Lue’s coaching will be an interesting development to watch.

SEE ALSO:The Cavaliers’ new head coach has come out firing at everyone since taking over the team