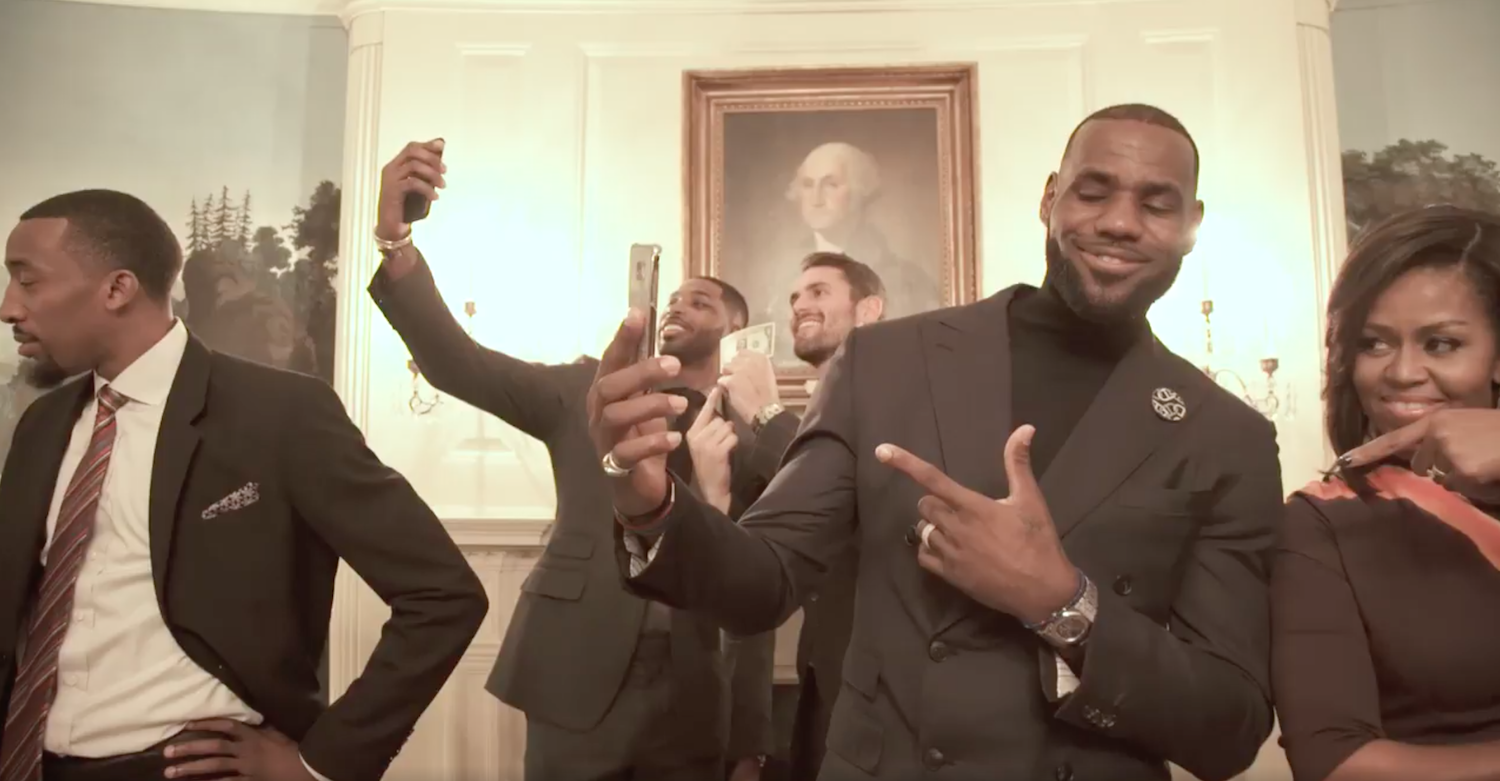 The Cleveland Cavaliers visited the White House on Thursday to celebrate the Warriors blowing a 3-1 lead in the Finals with President Barack Obama and first lady Michelle Obama.

Their visit included several memorable moments: Obama praising JR Smith for wearing a shirt, Iman Shumpert watching White House staffers move a podium with the bemusement of a child at a magic show, and a fun “mannequin challenge.”

The mannequin challenge is the fun new teen video game in which everyone freezes in place (just like a mannequin!) as the camera pans across the frame. There were groans after the challenge was done by the Dallas Cowboys’ front office aboard a private jet, but Michelle Obama and the Cavs appear to have done it right.

Kevin Love posing with the $1 bill in front of a portrait of George Washington is an interesting choice, filmically speaking, and LeBron James and Michelle Obama posing for a selfie is even better.

What’s more, James posted to his Instagram a second and slightly different mannequin challenge, in which the first lady is admiring his ring. This one, according to Uninterrupted (James’ content platform), is called the “Official LeBron James version.”