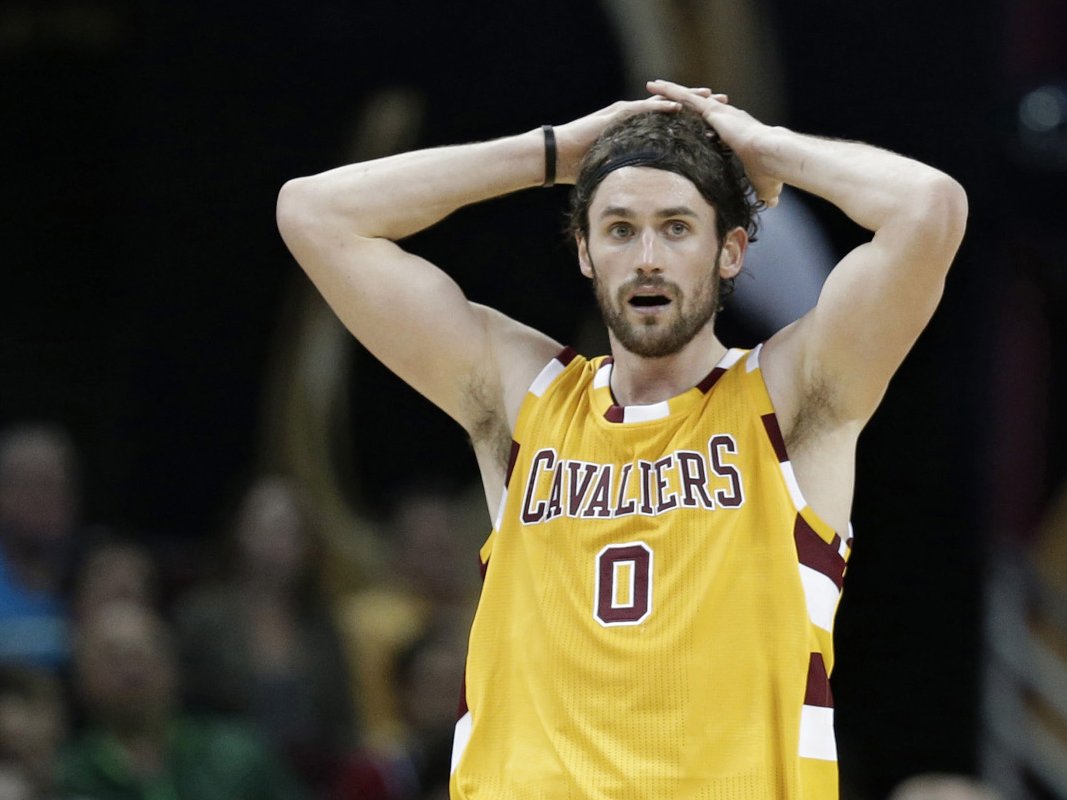 The Cleveland Cavaliers were supposed to have the easiest road to the Finals in the NBA this season.

While the Golden State Warriors are the league’s heavyweights, they’ll likely have to true challengers in the playoffs in the Spurs, Thunder, or even the Clippers out West.

Meanwhile, the Cavaliers stood as the only true contenders in the East. While they might meet some tough opponents in the playoffs, no one team stood out as threats to end the Cavs’ season early.

However, the Cavaliers are looking increasingly worrisome. At 41-17, the Cavaliers’ lead for first place in the Eastern Conference has dwindled down to two games over the Toronto Raptors, who beat the Cavs on Friday.

Friday’s matchup was seen as a measuring stick for the surging Raptors. Toronto has flamed out in the playoffs the last two seasons, but went 3-1 vs. the Cavs this season, including a come-from-behind, fourth-quarter win over the Cavs on Friday night.

Furthermore, the Raptors back-court of Kyle Lowry and DeMar DeRozan is the type of back-court that could give the Cavs problems defensively. Lowry hit a game-winner on Friday night for two of his 43 points with Cavs’ backup guard Matthew Dellavedova defending him because Irving can’t stick with Lowry. It didn’t matter.

But losing to the No. 2 seed isn’t as worrisome because the two teams wouldn’t meet in the playoffs until a potential Eastern Conference Finals matchup.

On Sunday, however, the Cavs lost by 14 to the Washington Wizards, a team currently out of the playoff race. It also came with LeBron James sitting out to rest.

There’s an argument to be made that it’s not shocking for the Cavs to lose on the road without their best player, but it also shows the team is still wholly reliant on James. That shouldn’t be the case when the Cavs have built a “Big Three,” as Irving and Kevin Love should be able to carry the load against a sub-.500 team. Yet, the Cavs are 0-2 in games LeBron has missed, and when he’s on the bench, they’re being outscored by eight points per 100 possessions.

After the game, J.R. Smith harped on the Cavs’ need to play better (via ESPN’s Dave McMenamin):

“We can’t play basketball like this going down the stretch. There’s 24, 25 games left in the year and you talk about contending, being a championship contender and get blown out by a team. … After losing a game to the No. 2 team in the East then you come out and get thrashed and make it look good at the end. We can’t do that. If we’re serious about who we’re supposed to be, then we can’t do this.”

Despite indications that the Cavs’ firing of David Blatt was more about off-court factors than on-court results, the team’s performance under Lue hasn’t been all that encouraging. The team is 11-6 since firing Blatt and their defense has fallen to 14th in points allowed per 100 possessions.

The team isn’t in panic mode, but there isn’t much to feel good about. The team is losing when LeBron isn’t playing, their other two stars haven’t been able to carry the load without him, there hasn’t been a surge since firing their head coach, and their grip on first place is slipping.

As Smith said, heading into the final stretch of the season, this isn’t supposed to be what a title contender looks like.