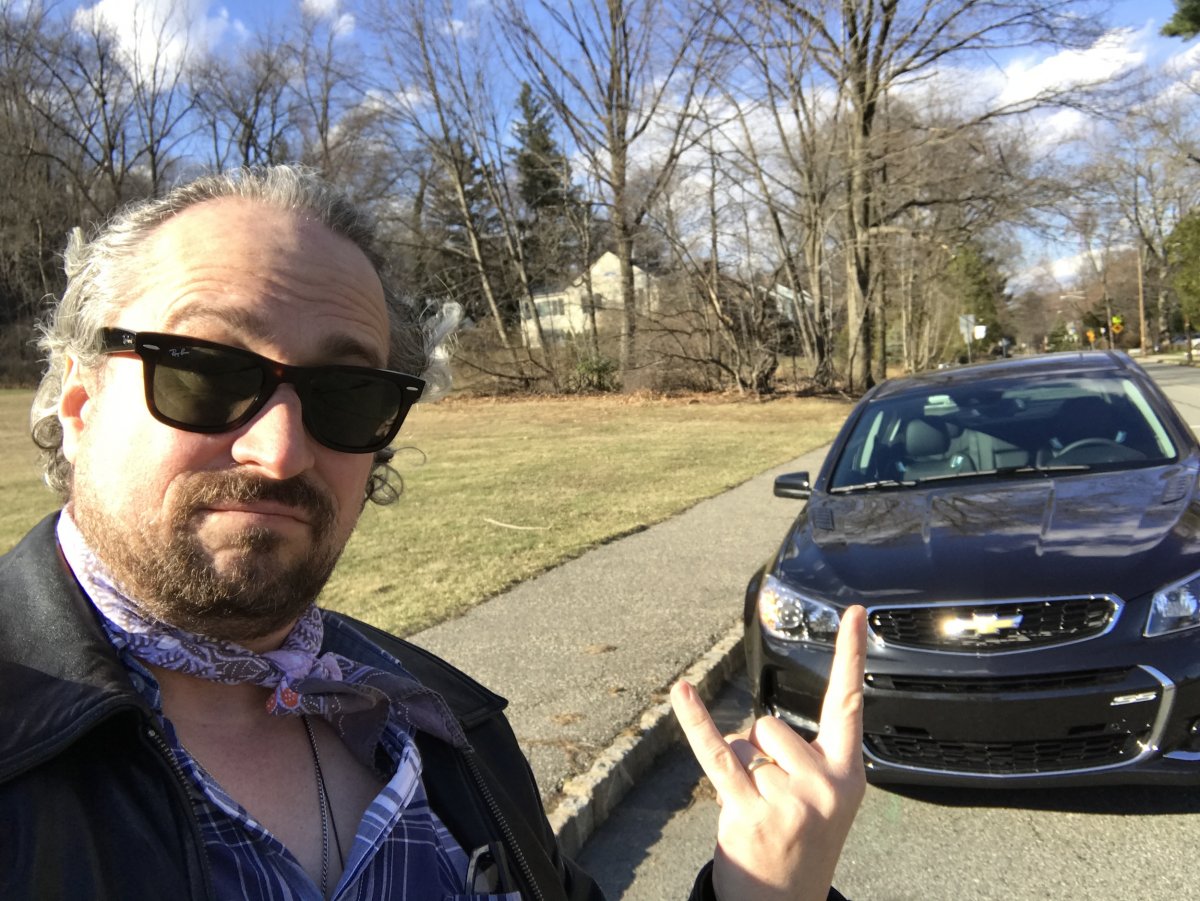 Good god, what a car! You can get Corvette performance with four-doors — it’s called the Cadillac CTS-V. But it’ll set you back $85,000.

For less than fifty grand, you can have the Chevy SS, which gives up many horsepowers to the Caddy’s 640, but who cares? The brutal CTS-V is a monster, whereas the Chevy SS is a car that allows you to at least explore most of its power output, on the highway. The 0-60 mph assault is over in less than five seconds (top speed in limited to 160 mph).

At less pugnacious velocities, the combination of precise steering, grabby Brembo brakes, and magnetic stability control make the beast feel downright tossable in the twists and curves life’s roadways throw at you.

Best of all, with the six-speed manual, you are encouraged to do endless fifth-to-third drop downs and fourth-gear holds and just relish the slamming symphony of that brilliant V8. They don’t call General Motors, General Motors for nothing. These people now how to engineer an engine. The transfer of power from front to back is exquisite, delivering that rear-wheel lock-down that American muscle cars excel at. The SS also has a limited-slip differential, which yokes the torquey engine and rear-wheel-drive, enabling better control of the power, and hence, the capacity to drive more aggressively.

These are all sports car bona fides, but I think tagging the SS a sports sedan misses the point: this car wants to have the revenuers bearing down on it while it rips a hole in the fabric of space-time, taking you back to a simpler age. It’s just wearing a decently cut suit during the effort.

There are three driving modes: Tour for everyday tooling around; Sport for quick hits of fun; and Track when you want to scare the neighbors and test your skills at managing oversteer on demand.

The exhaust note is pure NASCAR, and the fuel economy is awful: 14 city/22 highway, assuming you channel you inner redneck hypermiler on the freeway. Otherwise, we observed something like 18 mpg. BI’s Ben Zhang and I successfully drained the gas tank and had to top it off twice before we reluctantly returned the SS to Chevy. Money well spent.

Chevy can’t sell any of these marvelous machines and so the “SS” designation will no longer apply to a sedan in the brand’s lineup after the 2017 model year. But we do have, in the SS, a glorious thing made of metal and glass, durable stuff, and so if you want to get your kicks while still having a back seat and big trunk — in other words, if you aren’t budgeted for Caddys and consider Corvettes a bit too Euro these days — you can get an SS now or pick one up used in a year or two.

It is not a self-driving car. It is not a piece of high-tech mobility. You won’t want to share it with anybody. It’s retro, it’s fast, it’s loud, and it’s completely insane. It’s a dinosaur — and it deserves to stick around. We should be sad to see it go.