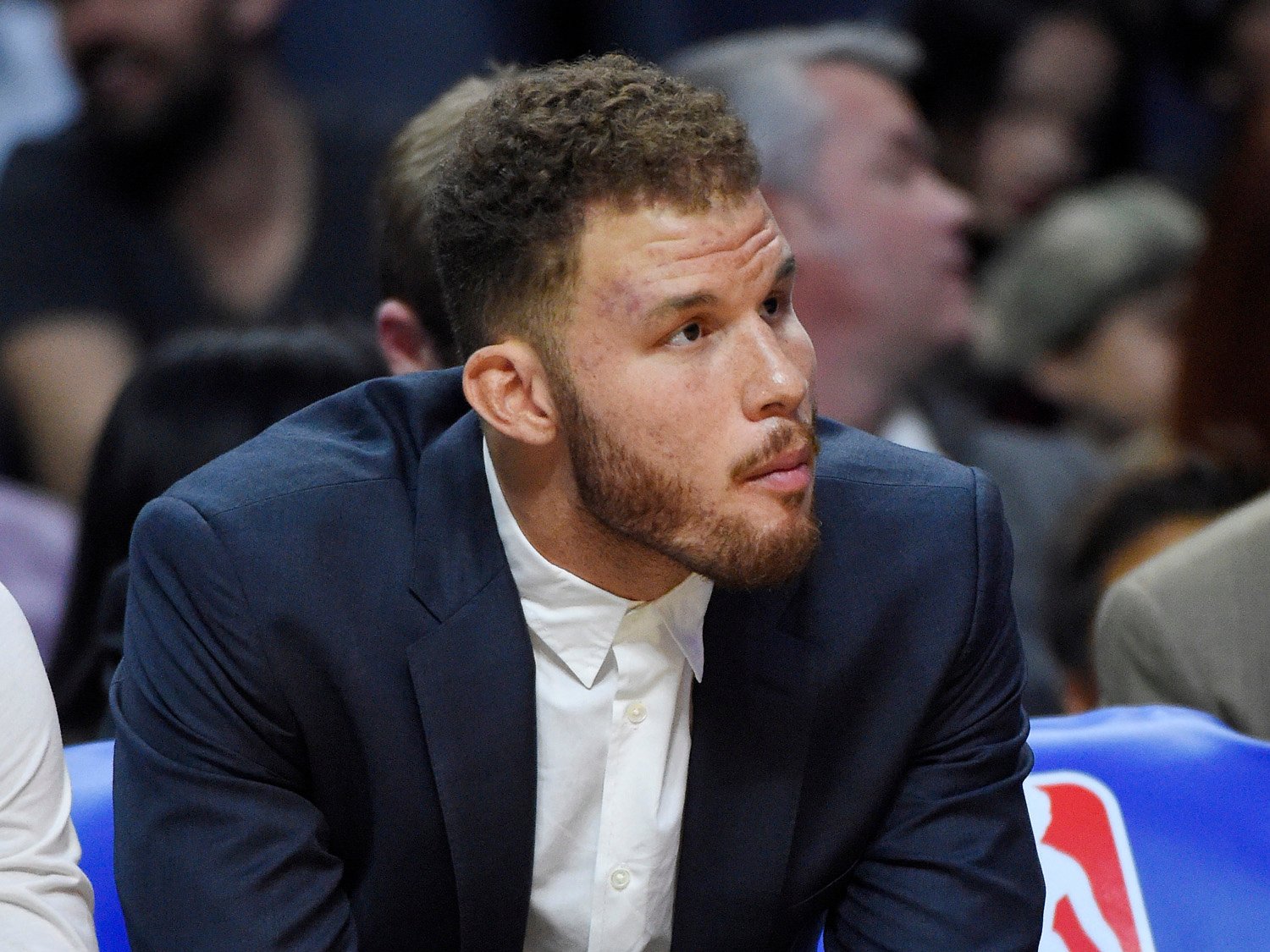 Mark J. Terrill/APBlake Griffin was on the Clippers’ bench for Thursday night’s game.

Blake Griffin is still a long way away from returning to the court as he recovers from a broken hand he suffered when he punched Matias Testi, a Clippers equipment staffer, in January.

However, Griffin recently returned to the team, spoke to the media for the first time this week, and sat on the Clippers’ bench for their Thursday night game against the San Antonio Spurs.

Beforehand, the Clippers’ social media team shared a photo of Griffin shaking hands with Testi before tip-off, with the caption “#Family”.

Perhaps in person the moment was warm and friendly (the two are reportedly close), but the photo and tweet were simply awkward:

It’s not a warm embrace and Testi doesn’t look thrilled. It seems strange that the Clippers wouldn’t simply want the NBA world to forget about the embarrassing incident, rather than highlighting it and resurfacing the story through a tweet.

Griffin spoke to media on Tuesday and apologized for his actions, noting he regrets the incident and has spoken to Testi and told him the same.

When Griffin is fully healed, he will face a four-game suspension and will be docked five games’ pay.