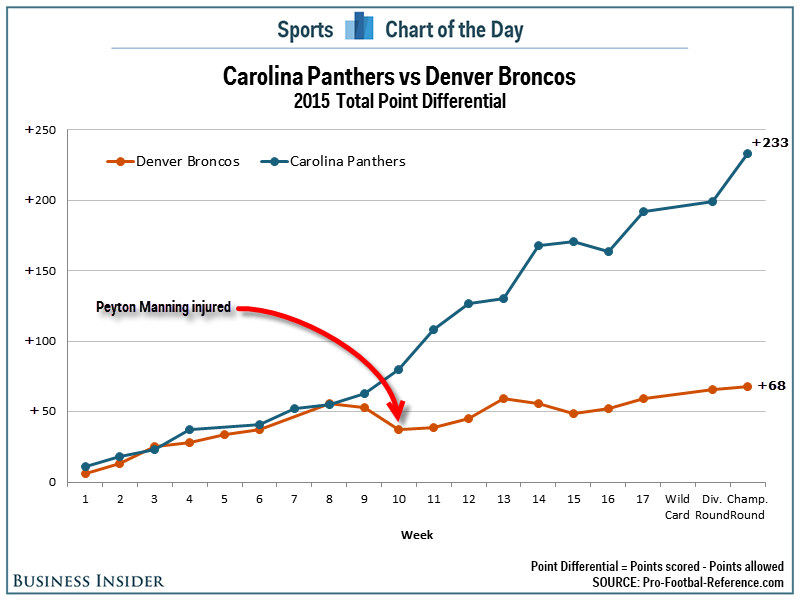 On Sunday, the Carolina Panthers and Denver Broncos will meet in Super Bowl 50 with everything on the line. But if the last ten weeks are any indication, the game won’t be much of a game at all.

Through eight weeks, the Panthers and Broncos were both 7-0 and the two teams had outscored their opponents by similar margins. The Panthers had a +55 point differential while Broncos were actually one point better, outscoring their first seven opponents by 56 points. But that’s when the teams went in different directions.

Since Week 8, the Panthers are 10-1 and have outscored their opponents by 178 points, for an average winning margin of 16.2 points per game. Meanwhile, during that same stretch, which started with the injury to Peyton Manning, the Broncos are 7-4 with a point differential of just +12 (1.1 points per game).

When Manning was healthy, the Broncos and Panthers were similar teams. But if Manning is not at 100% on Sunday, it could be a long day for Denver.