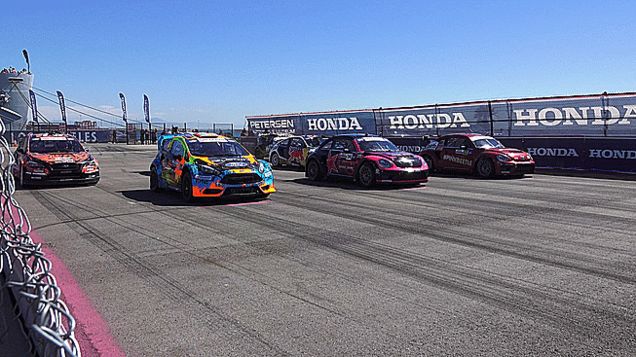 In addition to being pure chaos distilled into a motorsport, Red Bull Global Rallycross’ top-class Supercars are absolutely insane, capable of going 0 to 60 mph in just 1.9 seconds, pulling over 1.4 G in the process. Here’s what makes them so face-meltingly fast.

For one, there’s the ridiculous power-to-weight ratio. As Engineering Explained notes, GRC cars carry less than five pounds per one horsepower.

Engineering Explained not only describes how it all works together, but also consults GRC driver Tanner Foust for how the driver makes it work. Spoiler: it’s a bit more than putting the car in first gear.

Why So Many People Think Volkswagen Is Cheating In Global Rallycross