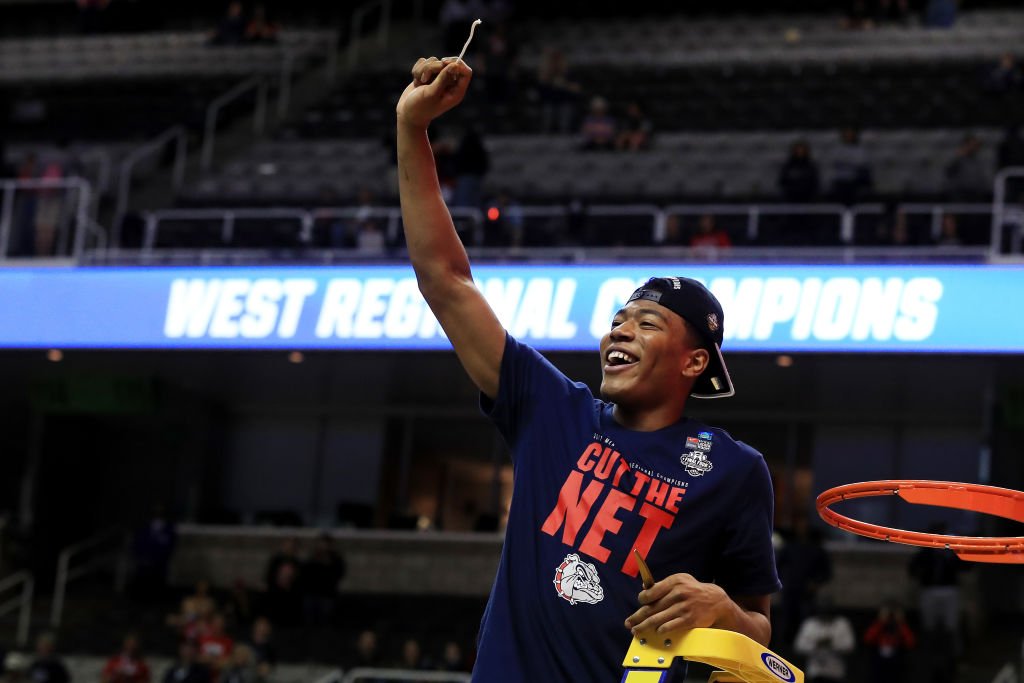 Rui Hachimura of the Gonzaga Bulldogs cuts down the net.Sean M. Haffey/Getty Images

North Carolina beat Kentucky with a last-second shot to win the South regional and advance to the Final Four.

The Tar Heels will join South Carolina, Oregon, and Gonzaga in the Final Four on Saturday in Phoenix. South Carolina, the seventh seed in the East region, is also the eighth team seeded No. 7 or lower in the last seven years to reach the Final Four. There had only been five such teams in the previous 26 years.