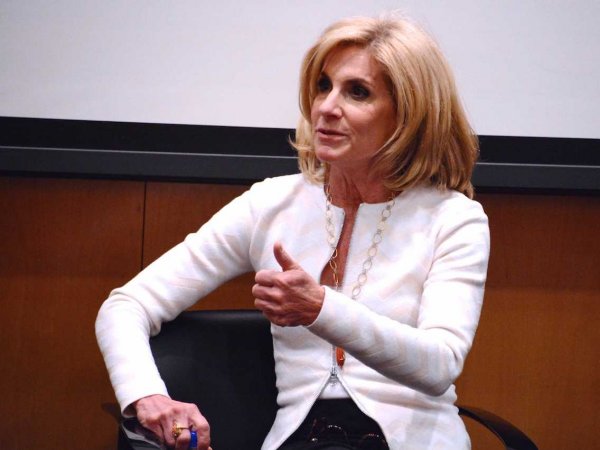 A former Lululemon exec changed everything after she collapsed from exhaustion — now she works for herself and her company earns $50,000 a month

Too many people tell themselves the same lie about money

If you ask Jamie McCourt, being smart and being on top of your money are two completely different things.

Until 2009, the now-CEO of investment firm Jamie Enterprises co-owned the Los Angeles Dodgers baseball team with her ex-husband, Frank McCourt, and served as its CEO.

That was before a brutal divorce that put her family life in the headlines as Frank took control of the Dodgers — and the majority of their fortune.

Now, seven years later, Jamie has reinvented herself as an angel investor, lending her expertise and her money to startups such as Zipcar.

But she won’t shy away from the past. Specifically, she’s talking about money, touring big-name business schools such as Columbia, MIT, and Harvard to speak to young women about money, and why its so important they be truly aware of theirs.

“I try to use myself as an example,” she told Business Insider in a phone interview. “I feel like if what I went through could happen to me, what’s happening to other women? I’m a lawyer, I went back to get my business degree, I ran a sports team, yet I was caught so far off-guard financially.”

And that, she said, is a major mistake that anyone can make with their money: bowing out of your personal finances. “You have two separate lives: business and personal,” she explained. “And your skills don’t always translate from one to the next.”

She said that being smart in one arena doesn’t mean you don’t have to pay attention to the others. In fact, as she told the Boston Globe, “I have a thesis that the smarter a woman is, the more she thinks she can handle everything and fix everything. And I’m here to tell you that’s not true.”

“I went through this public, unfortunate divorce, and you’d think I would be aware of what was going on personally with my finances,” she told Business Insider, “but when it came time to go through everything, I had no idea what we were worth, and what had happened. I hadn’t followed the money, so to speak.”

Jamie, who is exploring starting a financial literacy initiative for girls as young as middle school, hopes young women can learn from her experiences. “I hope that we start to care about what we deserve,” she said. “I say be your own startup — you deserve to invest in yourself.”

SEE ALSO:Too many of us are making a psychological mistake that screws up our finances