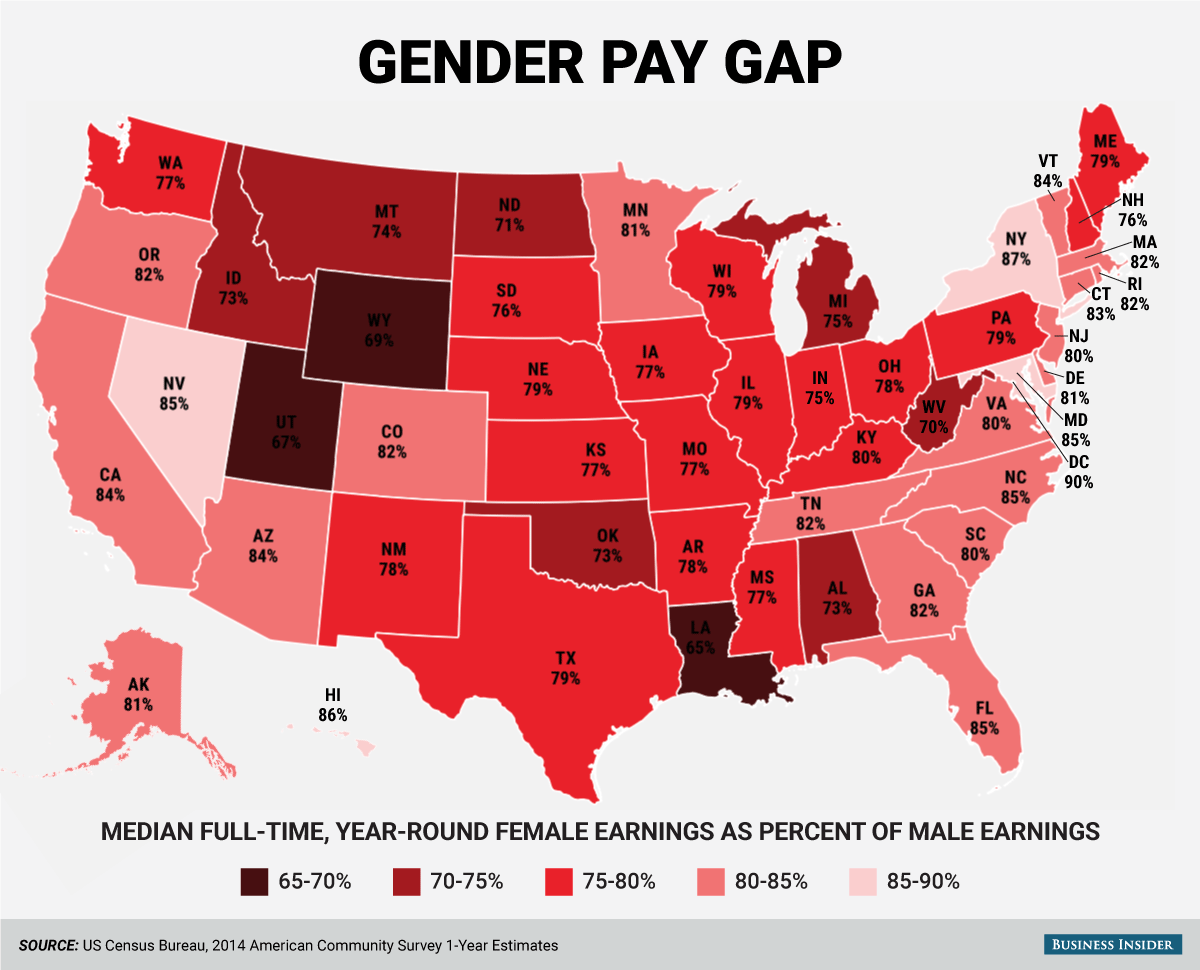 Using data from the Census Bureau’s 2014 American Community Survey, we estimated the wage gap between the sexes by comparing the median earnings of women working full-time, year-round to those of men with the same employment situation. Comparing full-time, year-round workers eliminates any wage gap coming from women working significantly fewer hours than their male counterparts.

It’s likely that a large part of that gap comes from women choosing to enter different, lower paying, professions than men. Women are also more likely to take off time when they have children than men.

However, just because there are specific explanations for the persistence of the gender wage gap doesn’t mean that it isn’t a problem. It’s worth wondering why women tend to take lower paying work, and why men are less likely to interrupt their careers to start a family.

Here’s a map showing the variation in wage gaps across the states: SEE ALSO:Here’s the most disproportionately high-paying job in every state