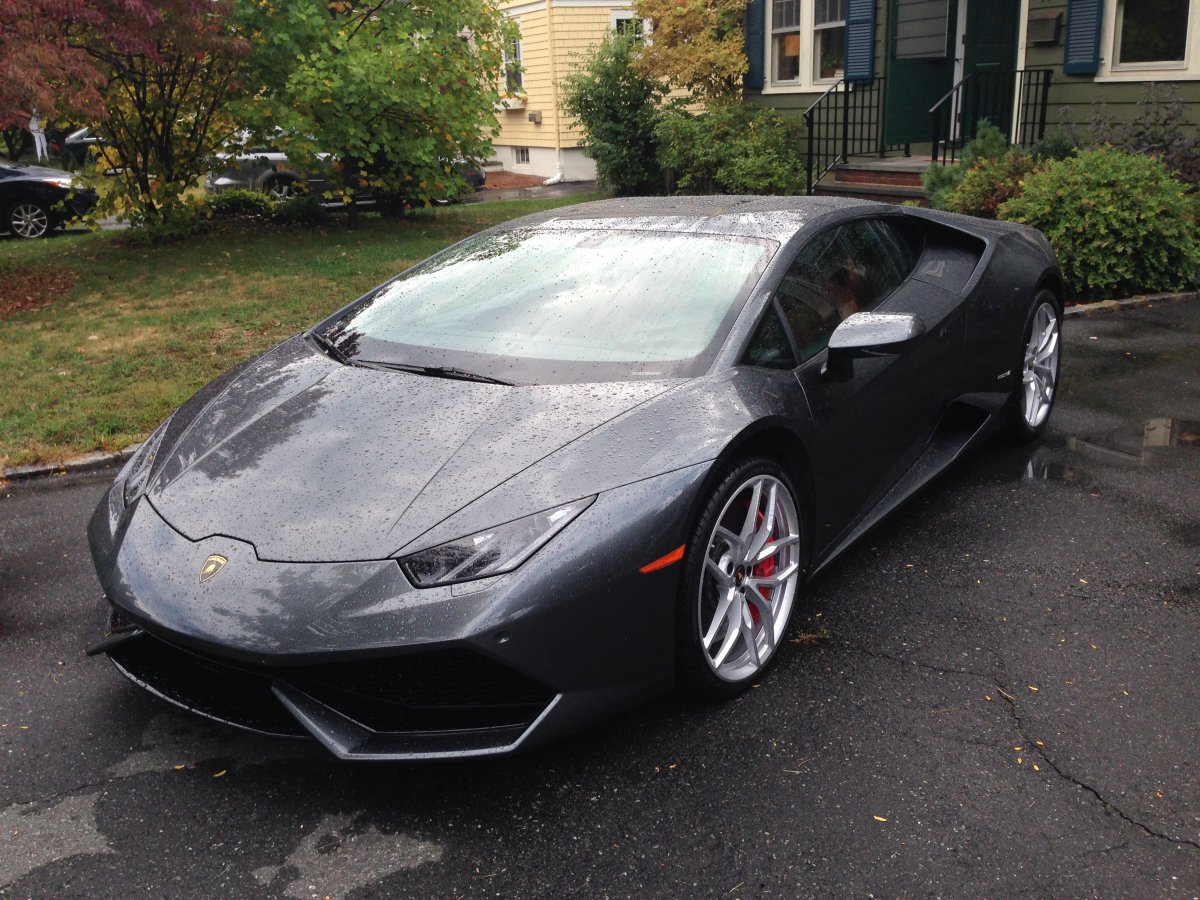 Everybody’s got the wrong idea about Lamborghinis, and that’s kind of the way Lamborghini likes it.

The cars are blazingly over the top, willfully inappropriate, and boldly nonconformist. They shout. They scream. They are not designed for people with modest self-esteem. They are the opposite of Volvos. Even for Ferrari owners, they’re a bit much. But the new Huracán is going to definitively change that impression.

Named for a Spanish fighting bull, in the Lambo way, as well as a Mayan wind god and, of course, the Spanish word for “hurricane,” the Huracán was introduced last year and replaces the Gallardo, the all-time best-seller for the carmaker, which was in production for a decade.

With a 5.2-liter V10 engine, midmounted, the Huracán continues the Gallardo’s newish tradition of a “small” Lambo to accompany the big V12 Lambos that serve as the brand’s flagship cars — at the moment, that would be the Aventador, but previous storied names included the Countach, Diablo, and Murciélago. Those cars are flat-out bonkers. You’d wave a red cape at them at your own considerable risk. The V10s are, well, more mannered, while certainly not tame.

And with the Huracán — despite its name — Lambo has put a little more distance between the big Lambos and the little Lambos. Some of this can be either attributed to or blamed on, depending on your attitude about what a Lambo should be, Lambo’s position in the VW Group and its relationship with corporate stablemate Audi.

The Huracán and the R8 have a lot in common under the sheet metal and carbon fiber.

The R8, despite the “Iron Man” associations, is regarded as an “everyday” supercar, and a healthy dose of the mundane has been injected into the Huracán. That is, until you make a few adjustments to the driving settings. Then you have all the Lambo you could ever want, as we found out when the automaker let us borrow a Huracán last year for a few days of supercar motoring in rain and shine.