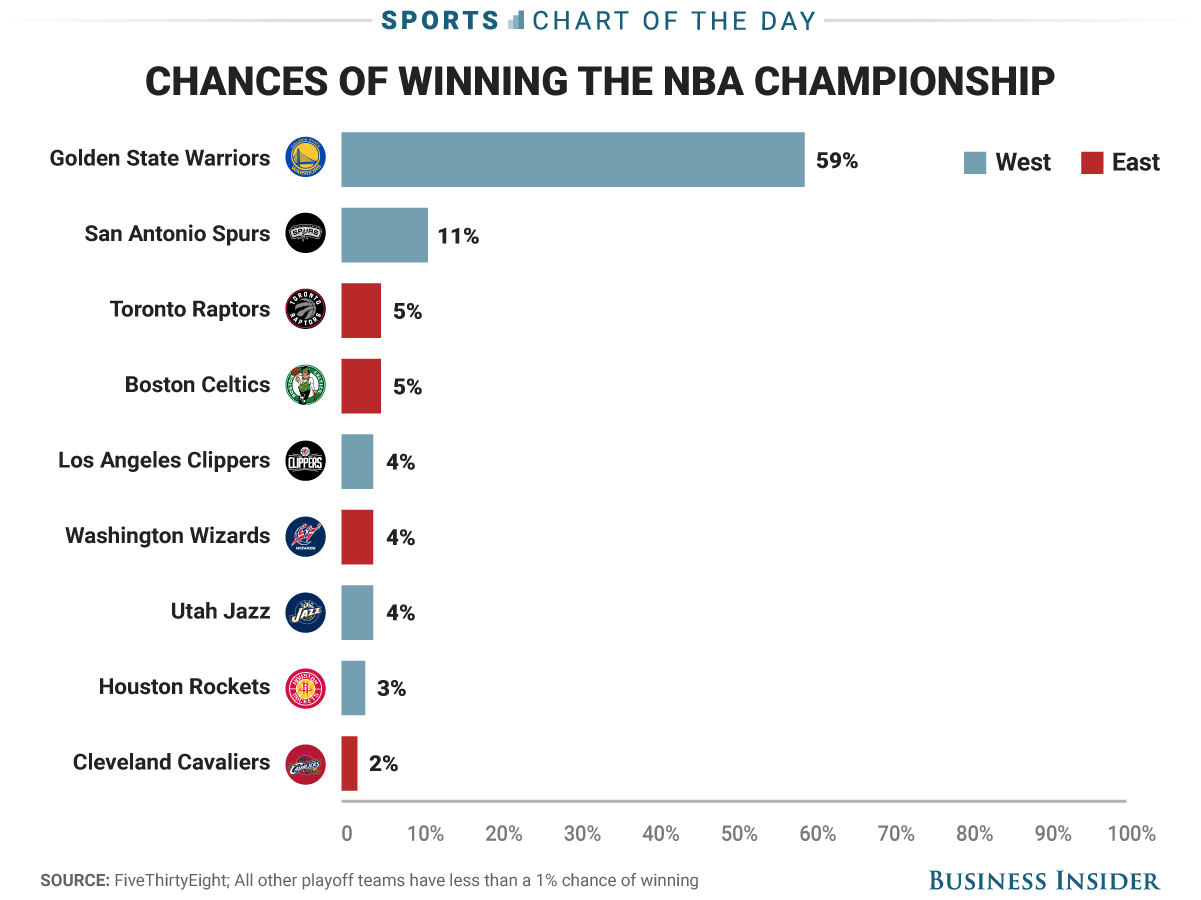 The NBA playoff bracket is now set and we know the 16 teams that are going to compete for the Larry O’Brien trophy. But in reality there are only a handful of teams that have a realistic shot to win it all.

Using Nate Silver’s 2016-17 NBA Predictions, a model that rates each team and then projects how the regular season and playoffs will play out, we can get a better sense of which teams are the true championship contenders. The model simulates the remainder of the season 50,000 times and considers factors such as travel distance, fatigue and altitude.

According to the model, the Warriors have a whopping 59% chance to win the title. The Spurs (11%) are the only other team with better than a 1-in-20 shot to be champs. In the East we see the effect of the Cavs’ poor second-half play and their now-tougher path to the Finals as the 2-seed. By falling from the top spot, the Cavs (2%) will now likely have to face both the Celtics and Raptors to win the East.