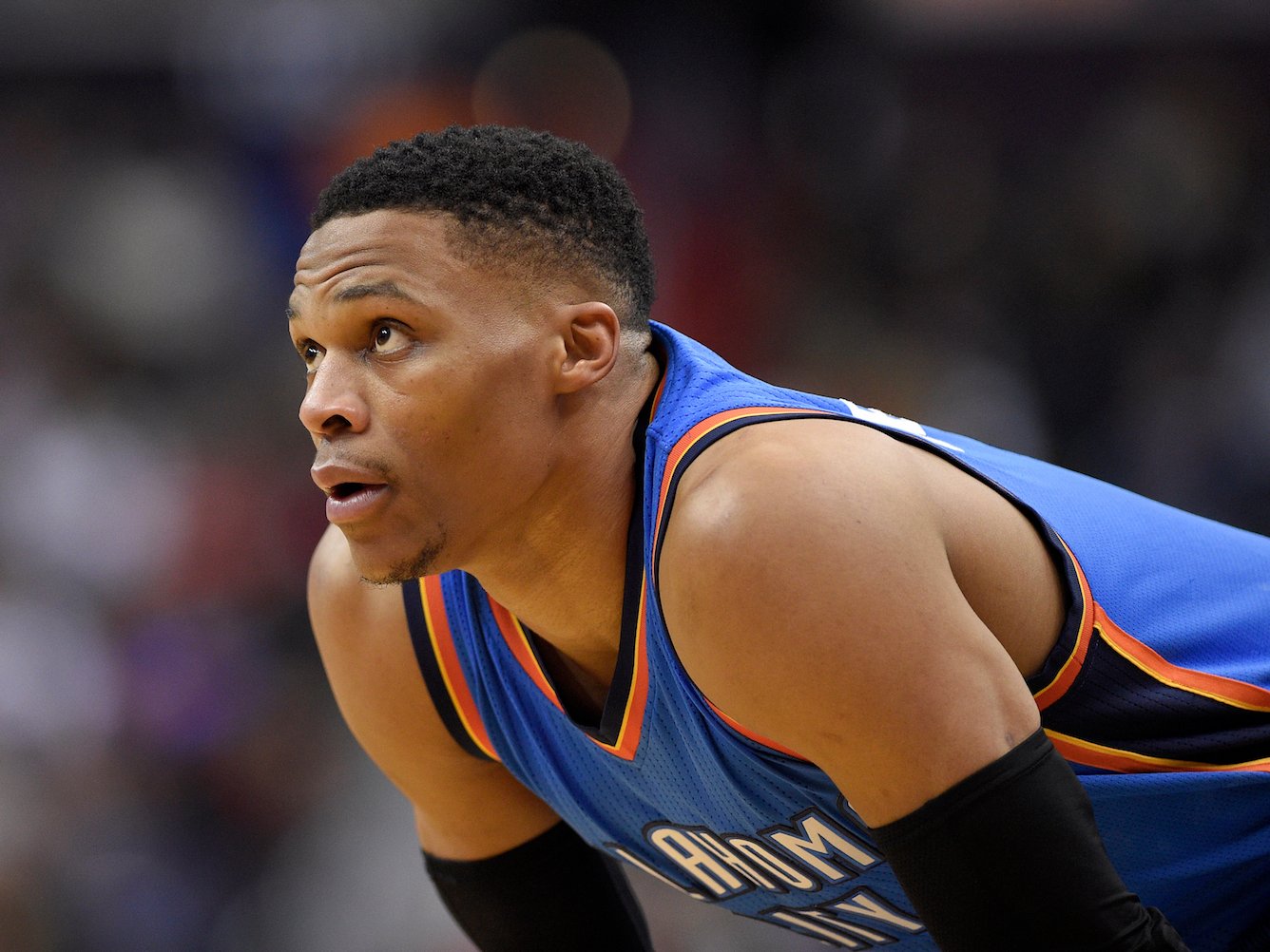 Russell Westbrook did the seemingly impossible in 2016-17, averaging a triple-double for the season for the first time since Oscar Robertson in 1961-62.

That he did in his first season without Kevin Durant and still guided the Oklahoma City Thunder to 47 wins and a playoff spot is even more impressive.

However, to the Thunder, there’s still room for growth from Westbrook.

As assistant GM Troy Weaver told ESPN’s Royce Young, this was only Westbrook’s first season as the true leader of the Thunder. Next year, he’ll be more comfortable, and to Weaver, better.

Despite the gaudy numbers, there is indeed room for improvement from Westbrook. His 42% shooting from the field, 34% from three, and overall 55.4% True Shooting were below-average. Additionally, Westbrook averaged over five turnovers per game and used a huge chunk of the Thunder’s overall possessions. There are some who believe that the Thunder may have actually benefitted if Westbrook relented just a little.

The counterargument is that Westbrook had to be in fifth gear all season to keep the Thunder competitive. Sure, easing off the gas may have helped his efficiency and perhaps gotten teammates more involved, but would it have been conducive to winning?

Weaver told Young that Westbrook was a noticeably different person from the start of the season, more vocal and understanding with teammates. If Westbrook’s first season as the Thunder’s lone superstar produced one of the most historic seasons in NBA history, perhaps next season, with more experience, Westbrook may be able to produce the same type of numbers, but with even more of the intangibles that some felt were missing this year.