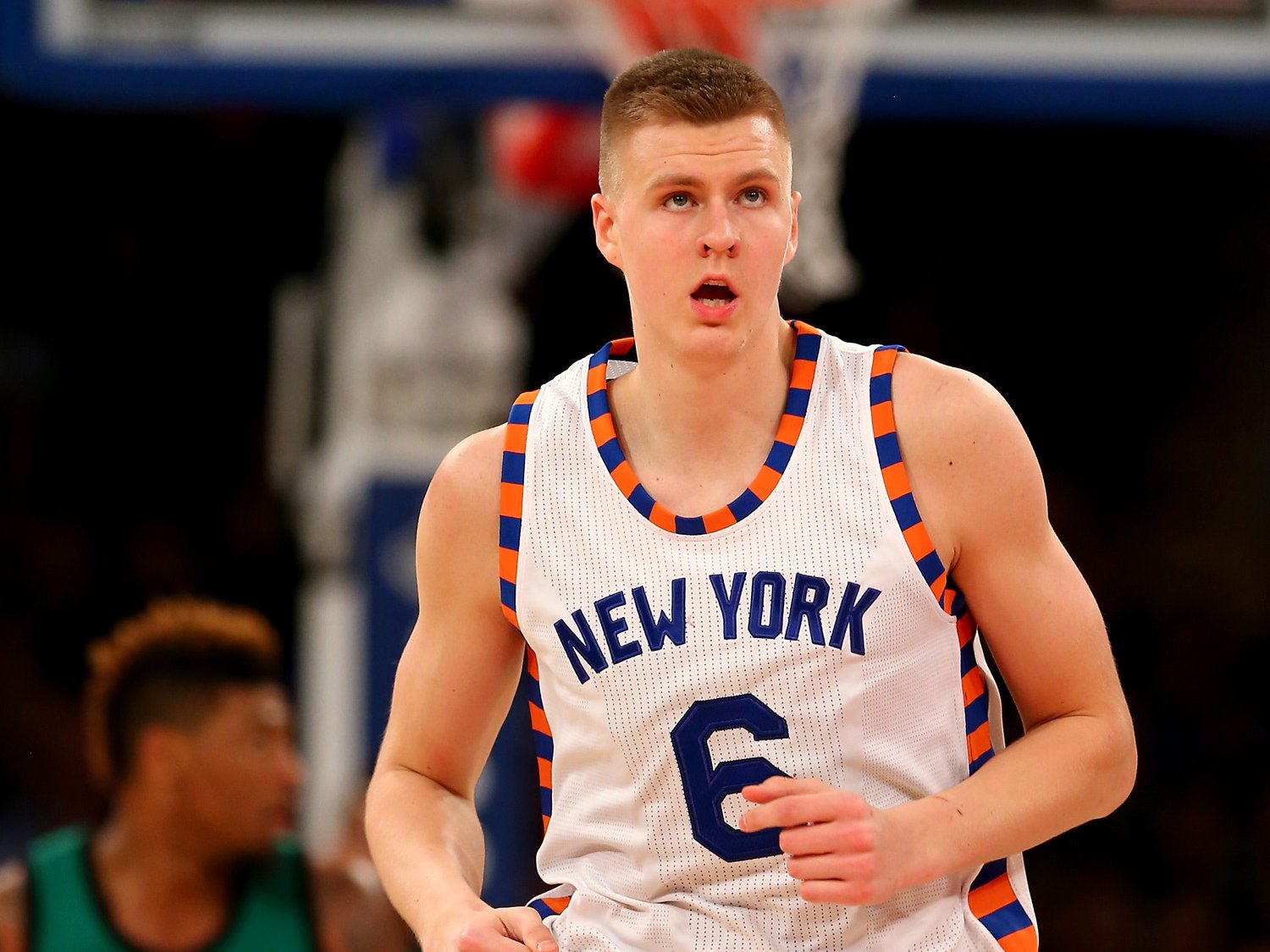 Elsa/GettyThe Knicks fell to fourth in the draft and got Kristaps Porzingis.

Why the NBA world is enthralled with Kristaps Porzingis — the Knicks’ 20-year-old, 7-foot-3 Latvian rookie

The New York Knicks had a franchise-worst record of 17-65 last season.

They could have finished 15-67 if not for two wins late in the season that drew the ire of fans.

Early on in the 2014-2015 season, when it was clear the team would not be competitive, the Knicks traded or cut many of their starters, Carmelo Anthony had knee surgery, and they changed course in hopes of a No. 1 draft pick — they tanked.

Yet in April, with three games remaining, the Knicks won two in a row, finishing with the second worst record in the league, changing their odds of getting the No. 1 pick significantly. At the draft, a few seemingly unlucky bounces of the ping-pong balls led the Knicks to finish with the fourth pick in the draft.

With that fourth pick, they took the 20-year-old, 7-foot-3, Latvian phenom, Kristaps Porzingis.

While Porzingis has undoubtedly proven to be a good pick, history also suggests that falling to the fourth pick was a dose of good fortune for the Knicks. As Marc Berman of the New York Post reported earlier in the season, while Porzingis was high on the Knicks’ list, team president Phil Jackson would have taken Duke big man Jahlil Okafor over him.

Now it’s undoubtedly a win for the Knicks. Porzingis ranks third in points per game, second in rebounds, eighth in three-point percentage (among players with at least 50 three-point attempts), and second in blocks per game among all rookies. He’s undoubtedly the second-best rookie behind Karl-Anthony Towns, who was the clear-cut No. 1 pick in June.

Furthermore, Porzingis has reinvigorated the Knicks fan base, producing eye-popping highlights each night:

While tanking won’t go away any time soon in the NBA, the Knicks’ case is an example about how luck and due scouting diligence play huge parts in the draft, even over draft position.

NOW WATCH: A paraglider braved severe weather to fly across the Northern Lights