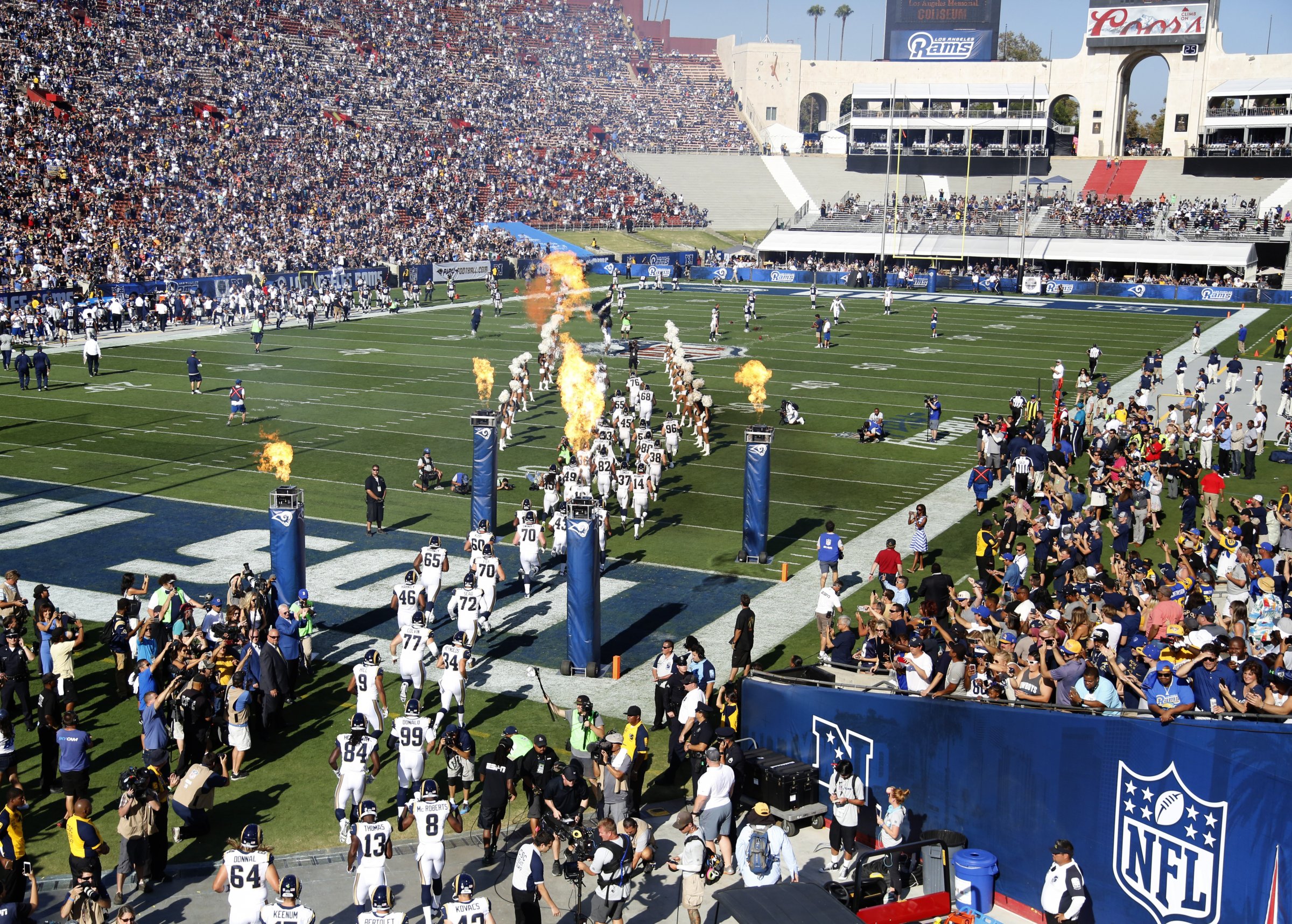 The Rams are now back in Los Angeles for the first time since the 1994, but that was just the first step in the re-birth of a franchise that will also include a state-of-the-art $1.8 billion stadium and a uniform change that is yet to be announced, but should please a lot of old fans.

With the move, the Rams are still wearing a uniform that the team never wore in Los Angeles, the blue and “true” gold combination that was adopted in 2000. This left most fans and many former players calling for a switch. Unfortunately for them, it is not that easy.

Kevin Demoff, the Rams’ executive vice president of football operation, announced in March that the team is indeed planning to change the uniforms, but that it won’t be until they move into their new stadium in 2019. According to Demoff, it takes 2.5 years for a team to apply for a design change, get the new uniforms approved, and have the uniform and helmet companies execute the overhaul. It has only been nine months since the move to Los Angeles was approved.

Where this gets interesting is that many have assumed that the Rams would just revert back to the blue and yellow gold combination that the team wore when it was last in Los Angeles. However, some hints suggest they will turn back the clock even further. Everywhere you look, it is blue and white. Check out the end zones. No gold.

Even the flags being used by the mascots are blue and white. And most importantly, the horns on the Rams logo are white, not yellow gold or real gold. Even the team’s social media sites are using blue and white logos. Why is this significant? There are some fans that would prefer the Rams to skip the yellow gold and go all the way back to the Roman Gabriel-era uniforms of the mid 1960s and early 1970s.

That short period of Rams uniform history (1964-1972) saw the team wear just blue and white, with no gold at all. In fact, the Rams rarely wore their blue jerseys, choosing instead to wear their white jerseys at home, while also wearing white on the road since most teams prefer their non-white jerseys for home games.

Little-known fact: Rams wore white at home from 1964-71. Blue jerseys were worn only occasionally, and only on road. pic.twitter.com/R9Jj6ibCXf

Interestingly, much like that era, the Rams are wearing white jerseys during home games since their return to L.A.. In addition to all of the blue and white hints from the Rams, there was also an ESPN report earlier this year that the Rams would actually wear their blue and white throwbacks in the first game back in Los Angeles, a preseason game against the Dallas Cowboys in August.

Strangely, the Rams did not wear throwbacks for that game and no announcement was ever made as to why. However, that the team thought of wearing blue and white during their first game back in Los Angeles in 22 years does suggest that the team has a stronger affinity for those uniforms.

The Rams did not respond to a request for comment on the ESPN report, the other logos being used, or the Rams’ uniform plans.