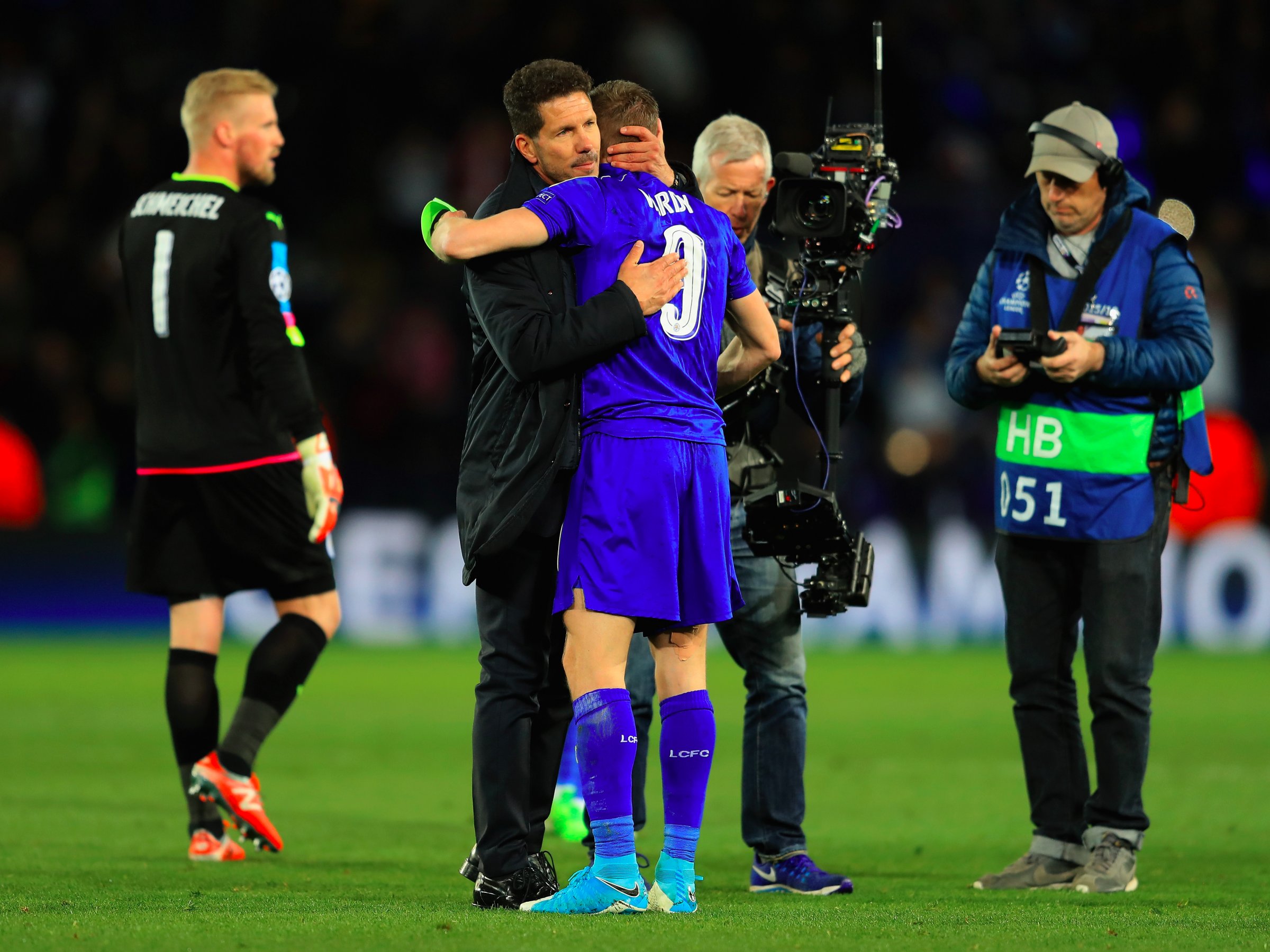 The Leicester City fairytale is over.

Despite a gallant effort, Spain’s Atletico Madrid killed the Premier League side’s European adventure with a 1-1 draw on Tuesday evening, winning the tie 2-1 on aggregate.

Even midfield wizard Riyad Mahrez, who conjured up so much magic in Leicester’s Cinderella run to the Premier League title last year, struggled to sparkle against a resilient and disciplined Atletico Madrid defence.

Antoine Griezmann’s first leg goal last week was always going to be crucial but Saul Niguez’s first half strike proved at the King Power Stadium to be the killer blow as the away goal ruling meant Leicester had to score three to progress to the Champions League semi-finals.

There was brief hope when Jamie Vardy scored in the 61st minute, but the spirited rally in front of a roaring King Power crowd was not enough.

Is the comeback on?!

Leicester’s forward line utilised a high press strategy. Its possession play was tight (56% to Atletico’s 44%), and shot-taking was relentless (22 shots on goal, compared to Atletico’s six) but ultimately it was too little, too late.

Atletico joins local rivals Real Madrid in the pot for the final four draw on Friday. The team is now just two games away from a lucrative Champions League final showdown at the Millenium Stadium in Cardiff on June 3.

Leicester, meanwhile, has been banished back to Premier League midtable abyss. The side lies 13th in the table, with no hope of securing a return to the Champions League next season, let alone winning the league as the team did under Claudio Ranieri.

The fairytale is dead. The adventure now a memory.