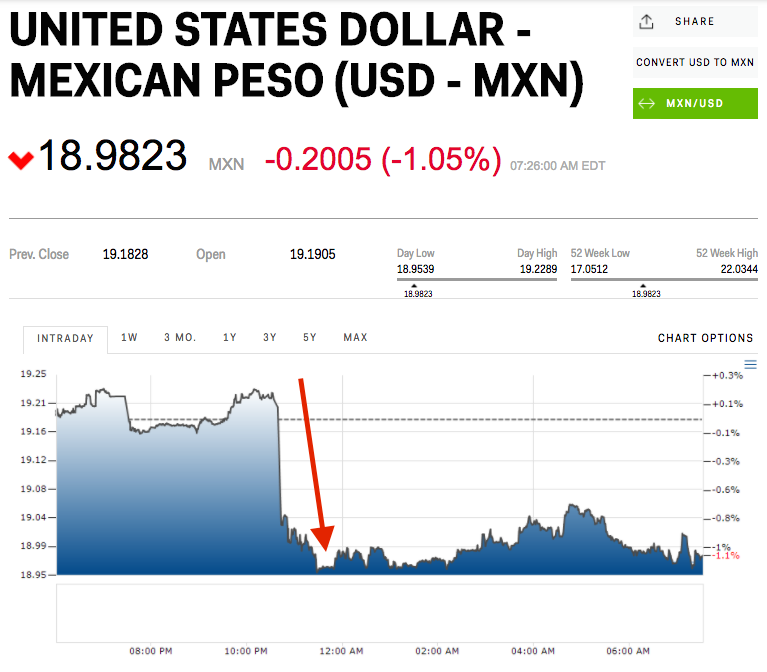 The Mexican peso is climbing on Thursday after the Trump administration said that, actually, it isn’t going to terminate NAFTA.

A White House statement late Wednesday said President Donald Trump told leaders of Canada and Mexico that he will not terminate the treaty, but will aim to renegotiate it instead.

Earlier Wednesday, Politico reported that the administration is considering an executive order on withdrawing the US from NAFTA. The peso was down by about 2.0% following the report.