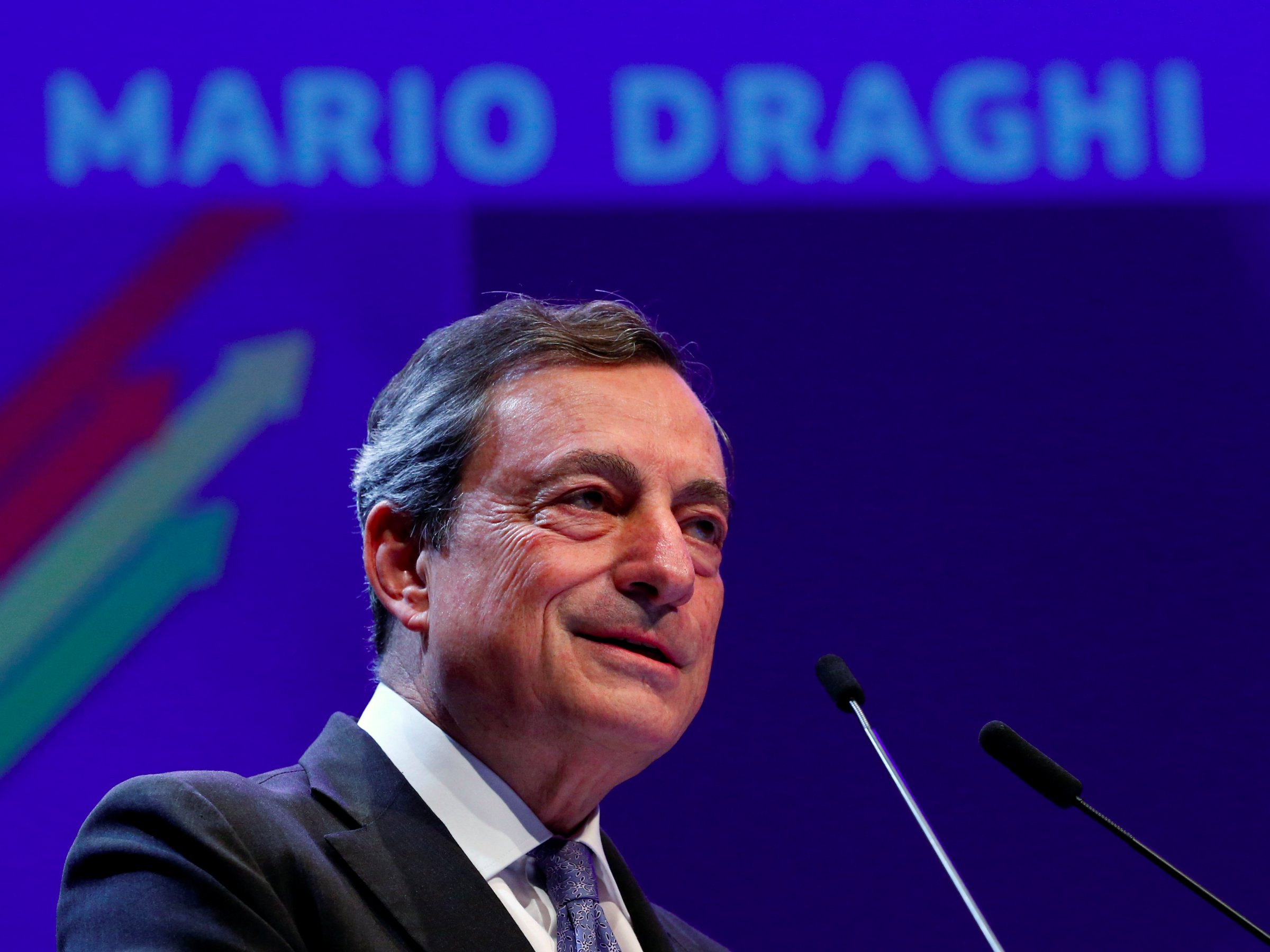 The governing council of the European Central Bank (ECB) left monetary policy on hold in April, making no changes to its key interest rates or bond buying programme.

“The Governing Council continues to expect the key ECB interest rates to remain at present or lower levels for an extended period of time, and well past the horizon of the net asset purchases,” an ECB statement said.

April marks the first month of the ECB’s curtailed bond-buying, which had previously stood at up to €80 billion per month.

“Regarding non-standard monetary policy measures, the Governing Council confirms that the net asset purchases, at the new monthly pace of €60 billion, are intended to run until the end of December 2017, or beyond, if necessary, and in any case until the Governing Council sees a sustained adjustment in the path of inflation consistent with its inflation aim,” the bank said.

While rates and the extent of QE were always unlikely to change, what could shift when ECB President Mario Draghi speaks to reporters at 1.30 p.m. BST (8.30 a.m. ET) from the ECB’s Frankfurt headquarters is the bank’s stance, although judging by the bank’s press release, that is unlikely.

For the last several years, Draghi has struck a largely dovish tone in speeches and press conferences. With the eurozone now growing faster than both the UK and the USA and headline inflation hitting 2% last month, some expect hawkish hints to work their way into Draghi’s comments.

The progress of centre-left candidate Emmanuel Macron to the second round of the French presidential election has raised the chances of hawkish sentiment.

Macron, who is strongly pro-EU, is widely expected to win the second round and is the candidate most favoured in the financial markets, given that his election would mean virtually zero chance of France leaving either the euro or the EU.

While the ECB does not make political judgments and would never endorse a candidate, a minor market panic may have ensued had Macron failed to make the second round, lessening the chance of the bank making a hawkish shift.