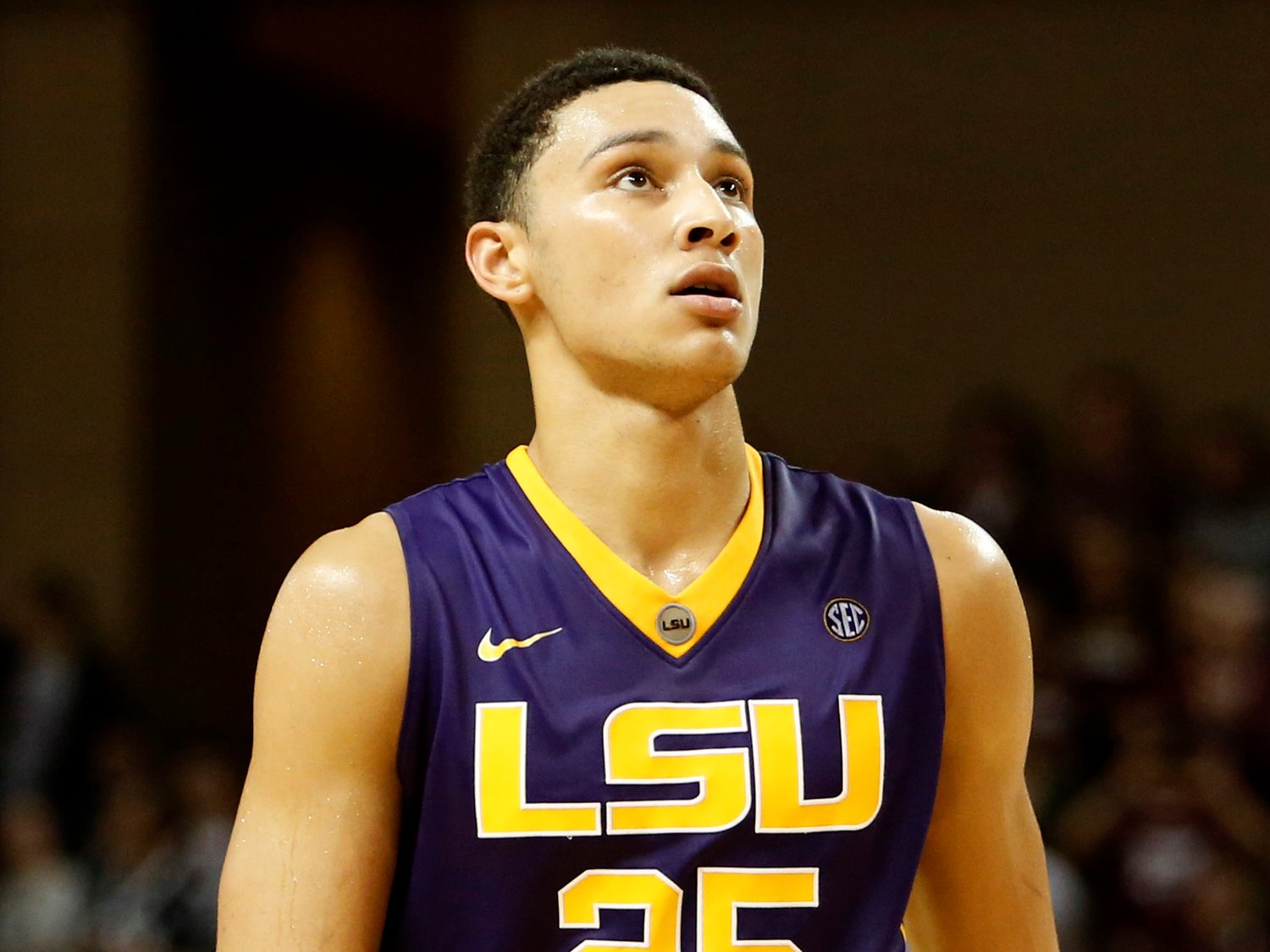 Mic Smith/APNobody knows how Ben Simmons will transition to the NBA.

Early on in the college basketball season, Ben Simmons had the NBA world drooling.

The 6-foot-10, 19-year-old Australian was putting up eye-popping numbers at LSU, showing off advanced playmaking skills with exceptional athleticism. People were anointing him the NBA’s next superstar, comparing his game and overall dominance to LeBron James.

Five months later, after LSU unceremoniously fell out of the race to make the NCAA Tournament, Simmons appears to be falling out of favor with the NBA.

In a blunt review of Simmons’ freshman year by NBA draft expert Jonathan Givony at Yahoo, Givony says the NBA world is skeptical that Simmons has what it takes to be an NBA star.

Simmons put up impressive stats in his single year in college, averaging 19 points on 56% shooting, nearly 12 rebounds, and five assists per game. The Tigers went just 19-14, and some saw Simmons as the driving force that kept them competitive.

However, Givony reports some NBA executives believe Simmons’ numbers are “hollow,” noting they compare him to a “taller Rajon Rondo, a more athletic Evan Turner, or a skinnier Royce White.” Those aren’t great comparisons for a future superstar.

There are also questions about Simmons’ attitude, according to Givony. Some NBA executives felt that Simmons coasted too often during the regular season, lacking the competitive fire that could have gotten LSU into the NCAA tournament. Givony writes, “Here’s what NBA teams wonder: If Simmons cares so little about winning crucial college road games at Tennessee or Kentucky that could have delivered LSU to the NCAA tournament, how much will he consistently care about competing over a far more physically and mentally draining 82-game pro season?”

But perhaps most importantly, nobody knows what Simmons is at the next level. On offense, Simmons’ problems are more confounding. At 6-foot-10, Simmons played the role of point forward for LSU, and they gave him the keys to their offense and let him go. That won’t happen in the NBA, where better, more experienced playmakers will run the show and big-time scorers will demand the ball.

Off the ball, Simmons could have trouble in the NBA. He has no semblance of a jumper, shooting just 1-3 from three-point range in college. This led defenses to sag off of him in college, forcing him to play a more passive game, since teams could crowd the paint on him if he tried to drive.

This makes him an odd fit for the NBA teams likely to find themselves at the top of the draft in June. Many of the teams already have young, talented playmakers or ball-dominant players. The 76ers lack a lead playmaker, but they also have several paint-dependent big men who Simmons would seemingly make life more difficult for with his lack of shooting.

All of these are huge questions for Simmons and potential suitors for the next three months until the draft. Teams will learn more about him in interviews and workouts, and Simmons, with his unique, immense talents, could answer all of those questions. In the meantime, after Simmons’ college career seemingly flatlined, the once presumed No. 1 pick might see his draft stock fall.