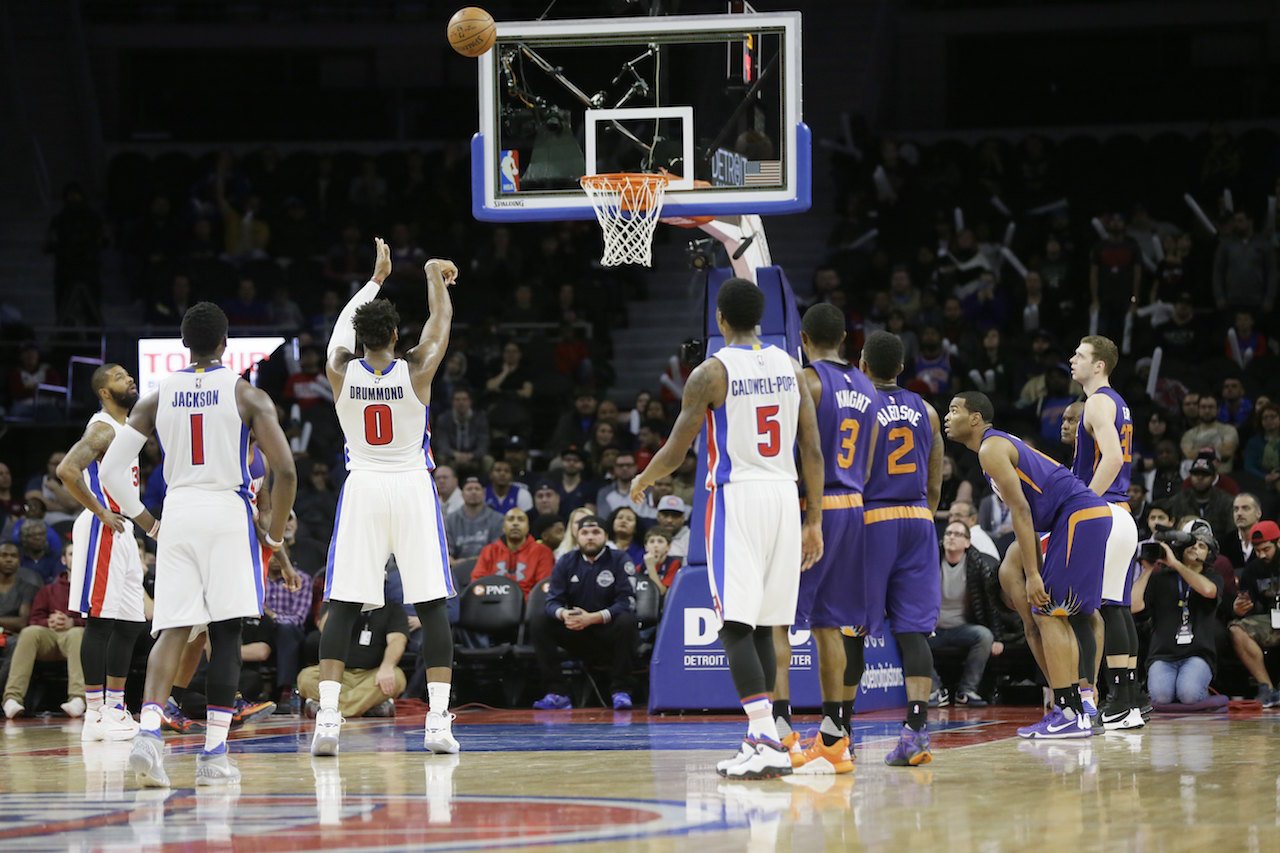 Carlos Osorio/APAndre Drummond is shooting 35% from the FT line this season.

The NBA announced on Tuesday that jumping on the back of an opposing player during a free throw in order to deliberately foul him may now result in a flagrant foul.

“We have recently seen instances during games in which a player, in order to commit a deliberate foul, jumps on an opponent’s back during a free throw attempt,” EVP of Basketball Operations Kiki Vandeweghe and EVP of Referee Operations Mike Bantom wrote in a memo. “This is a potentially dangerous play against a player in a vulnerable position.”

“Please be advised that the referees have been instructed to evaluate such plays under all applicable playing rules, including the rules relating to Flagrant Fouls,” the memo added.

Intentionally fouling a poor free throw shooter, otherwise known as Hack-A-Shaq, has become the most divisive strategy in the NBA. Players jumping on another player’s back to get the attention of the official has taken the strategy to a bizarre, new level.

The strategy has been especially prevalent this season. Against the Rockets in December, Andre Drummond shot 36 free throws and missed an NBA record 23. Other players have employed a particularly peculiar strategy of Hack-A-Shaq: jumping on a player’s back during a teammate’s free throw attempt.

Here’s J.J. Redick jumping on Drummond’s back, from a game in December:

While the NBA’s memo on Tuesday will scare teams from jumping on the backs of opposing players, Hack-A-Shaq remains legal.

“Players remain free to commit deliberate fouls during free throw attempts, but such fouls will be assessed as Flagrant if they meet the applicable criteria,” the memo said.

The NBA has said it will look into changing the rule this summer.