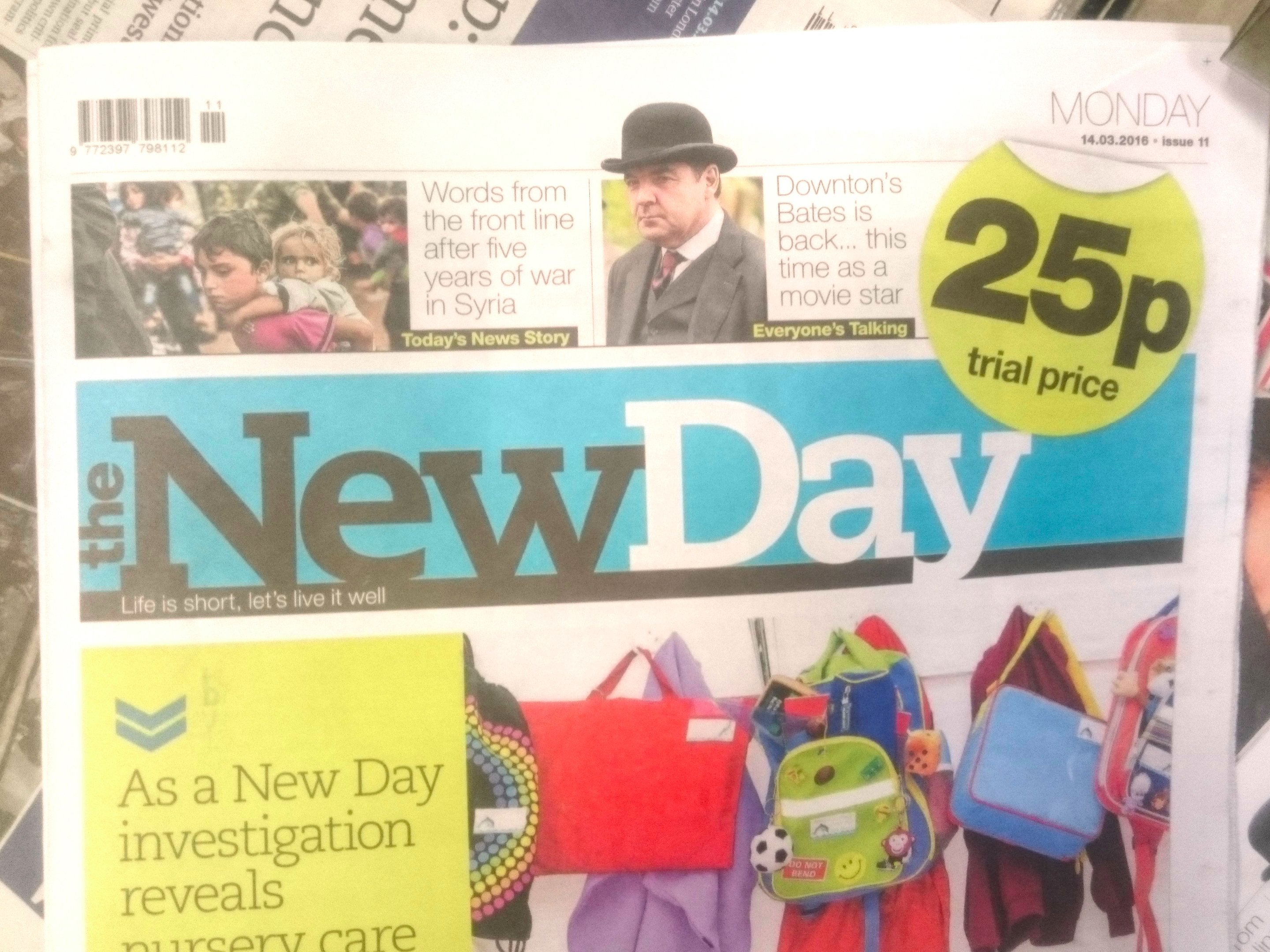 Will HeilpernThe New Day on sale two weeks after its launch, still at its 25p trial price.

Trinity’s Mirror’s new UK national newspaper, The New Day, was being given out for free on Monday at certain locations in London, Leeds, and Manchester.

The newspaper has been struggling to hit sales targets since its launch two weeks ago. Sales of The New Day fell to below 100,000 — less than half its target circulation — last week, raising concerns among some ad buyers, Campaign reported.

A Trinity Mirror spokesperson told Business Insider: “We are targeting the media buying agencies in a few locations around Fitzrovia, Oxford Street, Portland Street. This is where a couple of big clients in terms of buying advertising space are. Also a couple of other locations in Manchester and Leeds.”

Asked whether this is a sign that The New Day could be moving to a free newspaper model, like London’s Evening Standard, Holloway said, “Good God no, we can’t afford to do that. It’s a circulation-based business model. The cover price makes it sustainable, but advertising is still an important part of that.”

The New Day, which does not have a website, had planned to have a cover price of 25p for its first two weeks, before doubling to 50p, The Guardian reported. However, on Monday, exactly two weeks after its launch, it is still on sale for its trial price of 25p.