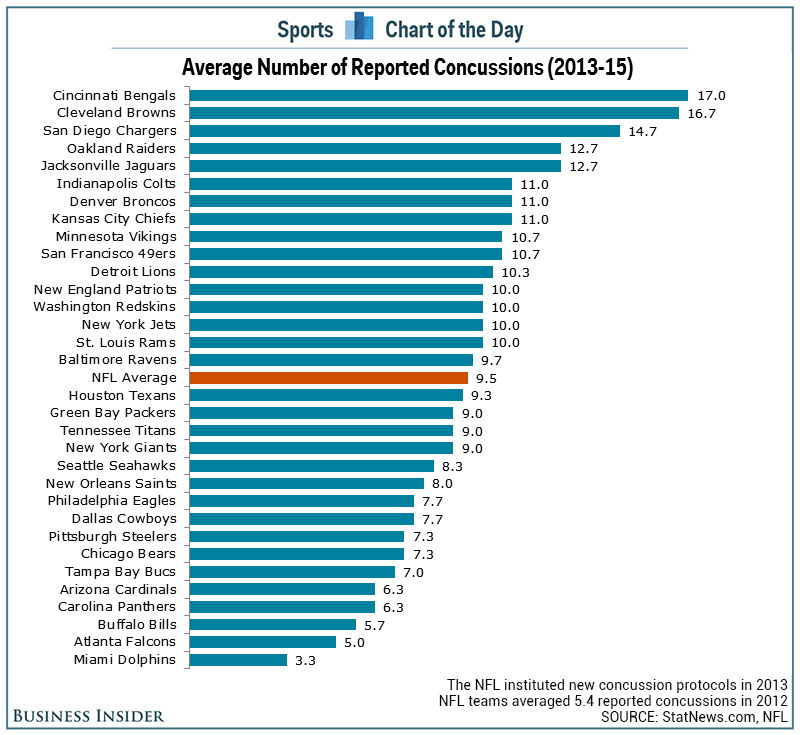 Prior to the 2013 season, the NFL instituted a new concussion protocol designed to better identify and treat players who may have suffered a head injury during a game. After three seasons, the number of reported concussions is up, but there is a disturbing disparity in how many are reported by individual teams.

Over the last three seasons, the Cincinnati Bengals have reported 51 concussions, the most in the NFL, for an average of 17.0 per season. That is 41 more than the number reported by the Miami Dolphins (10), who averaged 3.3 per season during that stretch.

This raises questions about how much of this is just good luck versus bad luck. If luck can’t account for this much difference among teams, then it is a question of whether some teams are somehow better at preventing concussions or are they worse at detecting them? Either scenario is bad for the NFL. If it is the former, then why aren’t more teams doing this? If it is the latter, then it suggests some teams are either intentionally under-reporting concussions or they have a long ways to go towards learning how to detect them.