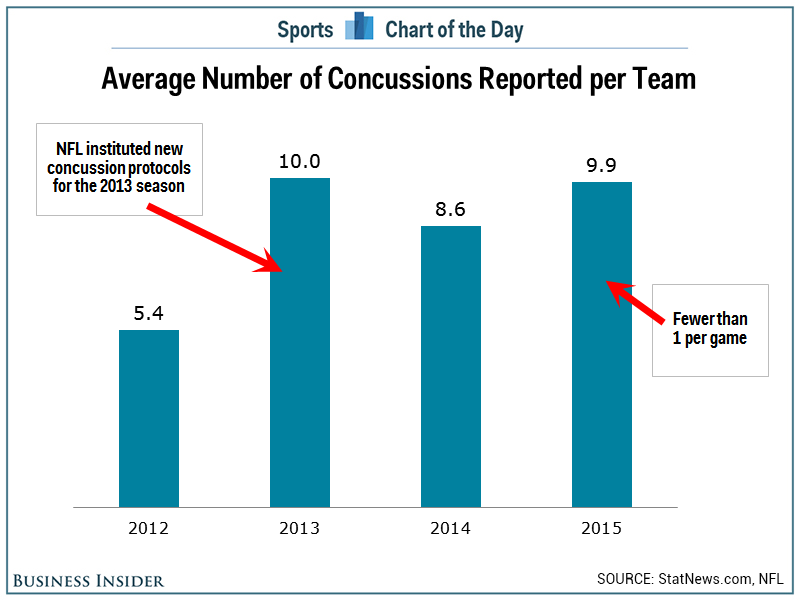 Prior to the 2013 season, the NFL instituted a new concussion protocol designed to better identify and treat players who may have suffered a head injury during a game. After three seasons, the number of reported concussions is up, but it is still surprisingly low.

On the surface, hundreds of concussions sounds like a lot. But it works out to an average of just 9.9 concussions per team over the entire season, or less than one per game. Maybe that is how often players suffer concussions, but it feels low.

There is also still a huge disparity in the number reported by individual teams. The Chargers reported 23 concussions this season, the most in the NFL. The Dolphins reported three this year and just 11 in the past four years combined.