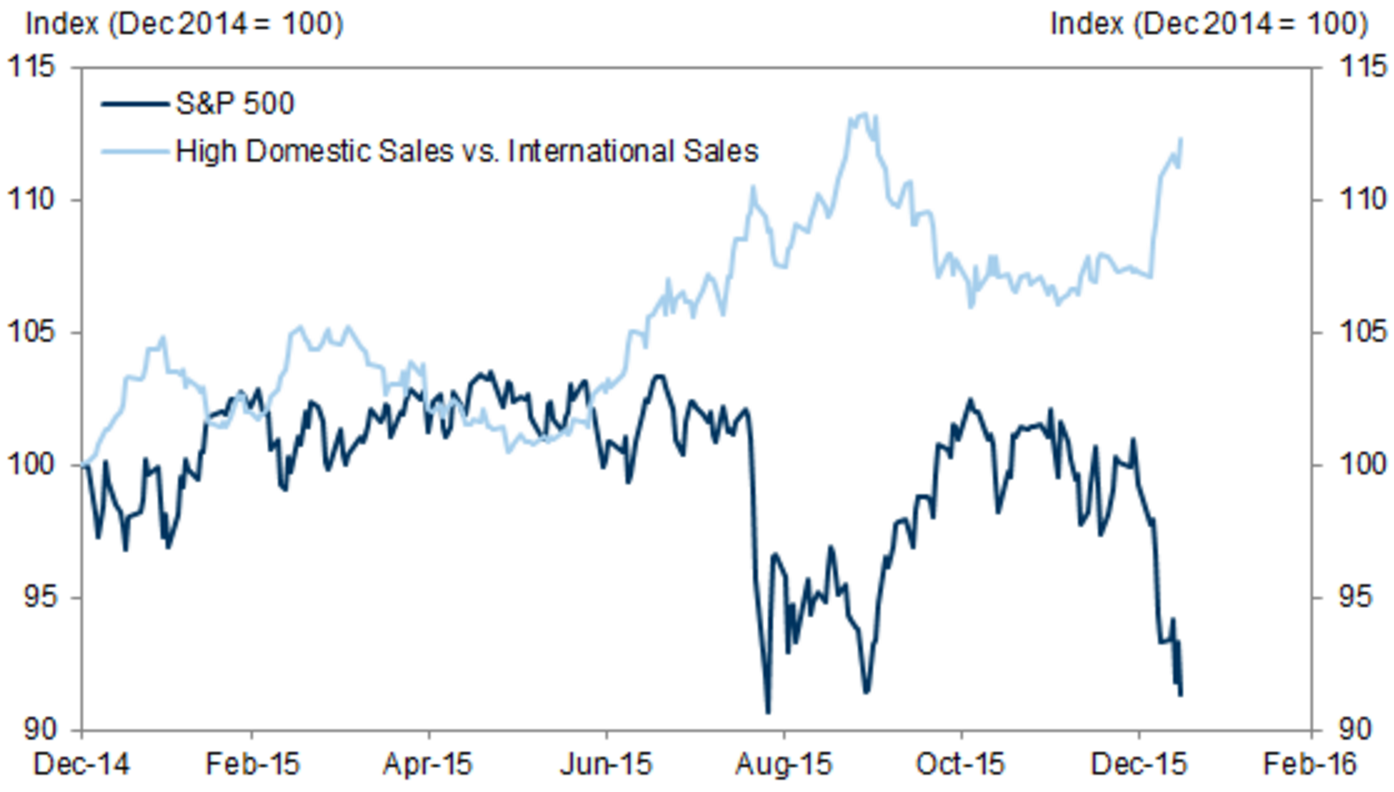 Here’s an illustration of how the US stock market does not reflect the US economy.

Goldman Sachs’ Economist Elad Pashtan released a chart that shows that stocks are actually doing great this year, as long as you sell more of your products to Americans.

“The S&P 500 is more likely to face growth headwinds from an appreciating dollar and/or a growth slowdown abroad than the US economy would as a whole,” wrote Pashtan in a note to clients Thursday. “This geographical bifurcation has been evident during the course of the recent market sell-off, where firms selling products domestically have sharply outperformed firms primarily selling abroad.”

Using prices at the beginning of December 2014 as a starting point, Pashtan shows that while the S&P 500 has taken a nosedive, those companies with a significantly higher than average percentage of sales within the US have outperformed the rest of the index.

This underscores two key trends: the American economy is mostly about US consumer who are healthy and demand outside of the US is weak.

“This distinction is readily apparent in the data: the median S&P 500 firm derives roughly one-third of its revenues from overseas, while total exports account for just 12.5% of GDP,” wrote Pashtan.

You can make money in the American stock market, as long as you focus on Americans. SEE ALSO:The way investors are feeling about the market is getting extreme