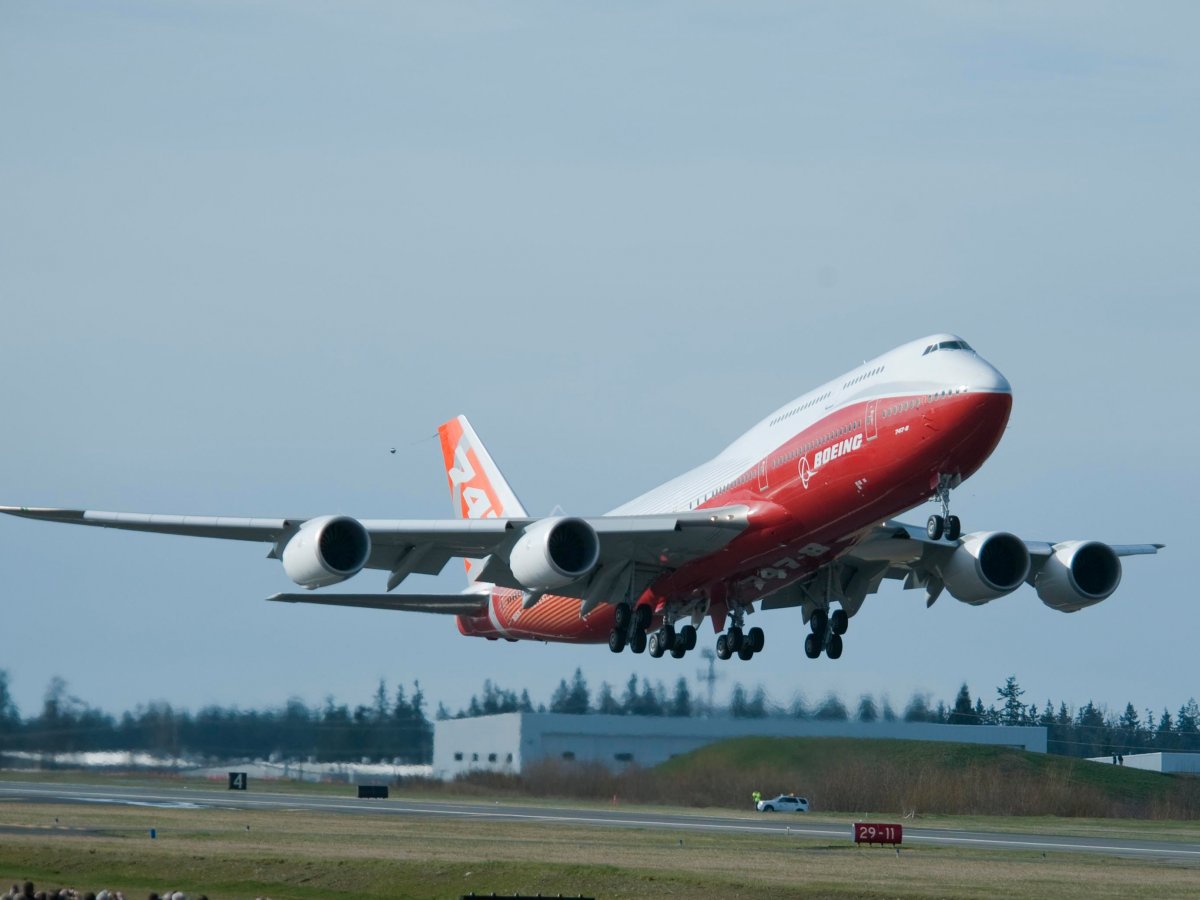 Boeing Commercial Airplanes announced on Thursday that it will once again cut the rate of production for its Boeing 747-8 in an attempt to buy the program more time to get on its feet.

Last year, the airplane maker cut production from 1.3 per month to one per month. Starting in September, jumbo jet production will be reduced to just one every two months.

According to Boeing, the decision to slash production of the jumbo will allow the 747 program to “match near-term market demand” for the plane.

Furthermore, Boeing announced that the company will take a $569 million loss in the wake of the decision to slow 747 production.

For more than 40 years, the wide-body jumbo jet ruled the skies. But with changes to aviation regulation, airline business strategy and improvement in turbofan engine technology, the days of huge aircraft are drawing to a close.

Since its introduction in 1969, the Boeing 747 has transformed the way people travel. With its ability to fly 500 passengers 6,000 miles, the jumbo jet allowed airlines to reach new destination while achieving profitability by lowering the per-seat cost of operation.

Over the years, the big Boeing was joined in the long-haul wide-body market by offerings from McDonnell Douglas, Lockheed, and Airbus. In 2005, Airbus introduced the double-deck A380-800 — perhaps the most capable rival the Boeing jumbo jet had ever encountered.

But these days Boeing and Airbus are having a hard time finding new buyers for both aircraft. The cost of purchasing such a large aircraft, combined with the fact that they’re relatively energy inefficient, makes them impractical.

Demand for the big jets has also dwindled as aviation regulations changed, airlines moved away from the hub-and-spoke model for their routes, and as jet-engine technology improved — making it safer for aircraft to fly long distances with just two engines.

In the last eight years, Boeing has sold just 45 jumbos — the majority of which are to be deployed as heavy freighters. Sadly, even the 747’s freighter business is struggling.

Airbus hasn’t won an airline order for the double-decker jet since it sold Emirates a batch two years ago. Although, there are rumors that the Japan’s ANA are looking to buy. But don’t expect many others to join in.

James Hogan, the chief executive of Emirates’ rival Etihad was unequivocal when asked by Business Insider if the group will buy another four-engine jet.

“No, we’re done,” Hogan said. “We just believe in two-engine technology — they are much more efficient.”

If fact, Virgin Atlantic CEO Craig Kreeger told Business Insider last year that he’s surprised Airbus was able to find as many takers for the A380 as they have.

Long-distance and transoceanic flights were traditionally exclusively covered by the 747 and its fellow three- or four-engine, wide-body jumbos because, when it comes to the engine count on an airliner, the thinking was that there is safety in numbers.

But as modern turbofan engines became more reliable, and engine failures far less common — the thinking, and the regulations changed. As a result, most airlines have turned to twin-engine mini-jumbos that are more fuel efficient.

Furthermore, airlines are moving away from the “hub and spoke” business model that calls for massive numbers of the passengers to be routed through a single mega-hub. Smaller, fuel-efficient jets such as the Boeing 787 Dreamliner allow airlines to offer passengers nonstop, point-to-point service without transiting through a hub.

Here’s a look at the glorious past of the jumbo jet.