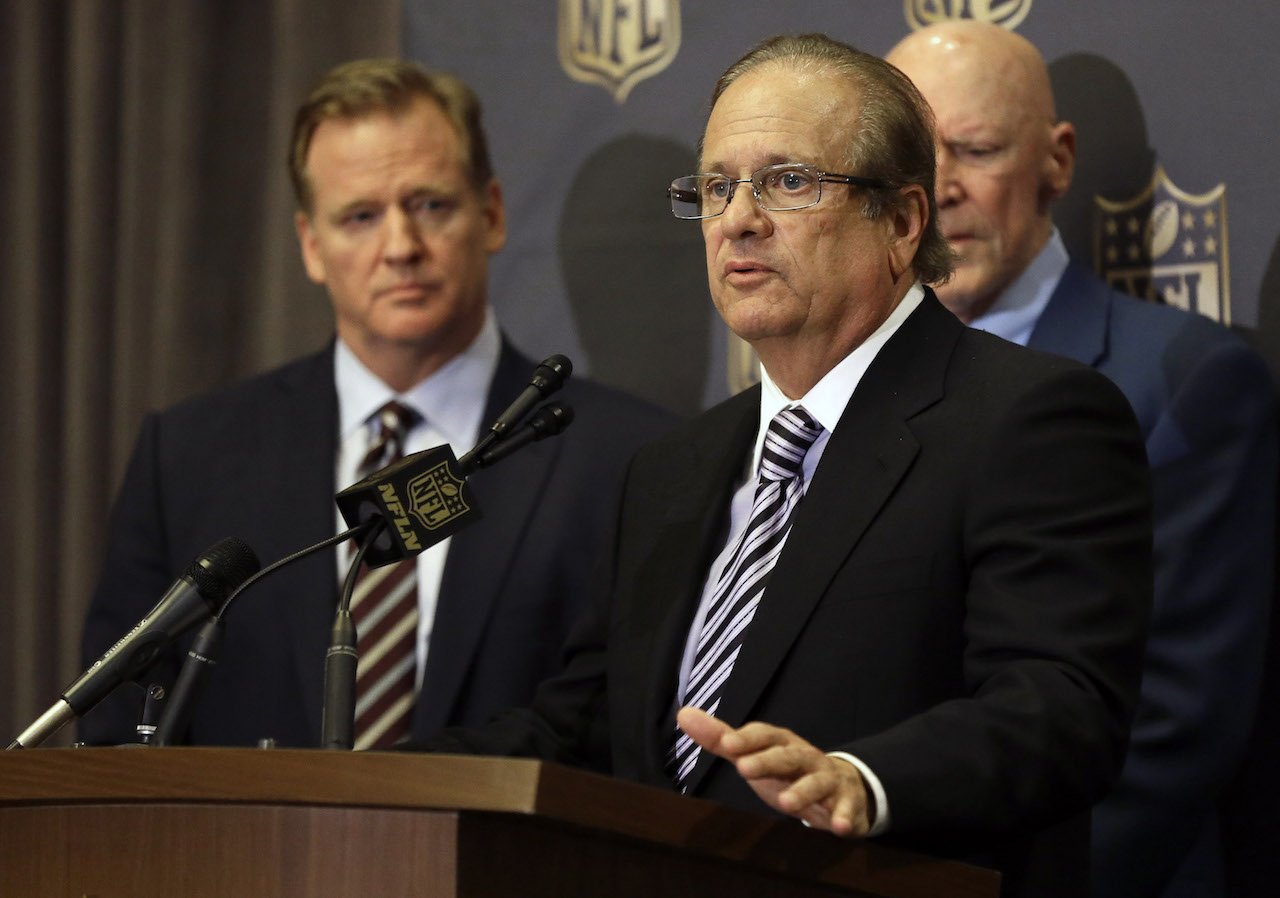 There is already speculation that Nick Saban will jump to the NFL, and 2 teams keep getting mentioned

NFL owners in Houston on Tuesday voted 30-2 in favor of the Rams’ relocation bid to Los Angeles.

The Chargers currently have one year to decide whether they will join the Rams in Inglewood. If the two franchises cannot work out an arrangement between now and January 2017, the Raiders will have priority to become the second team in Inglewood.

In the aftermath of Tuesday’s vote, the question of whether a second team will join the Rams in L.A. is still very much up in the air. At the moment, the Chargers appear to be stuck between a rock and a hard place.

Ever since Roger Goodell announced the NFL’s plan to move at least one team in L.A. in 2016, Chargers’ owner Dean Spanos has publicly decried both the Inglewood proposal and its creator, Rams’ owner Stan Kroenke.

Spanos and Kroenke have had an antagonistic relationship in part because of their differing views on the Inglewood site. Spanos worried — and likely still worries — that the location had major traffic and parking problems, which resulted in the two owners going their separate ways.

Furthermore, Spanos is disinclined to have the Chargers become Kroenke and the Rams’ tenant in Inglewood because it would mean he would pay Kroenke to play in Inglewood. After Spanos and Kroenke disagreed about their visions for the NFL in L.A., Spanos and Raiders’ owner Mark Davis offered a joint proposal for a stadium in Carson in which they were 50-50 proprietors.

But with the NFL green-lighting Kroenke’s Inglewood bid, even after the NFL’s L.A. Committee recommended the Carson bid, should Spanos want to move his franchise to the more lucrative L.A. market, he will be forced to swallow his pride and negotiate with Kroenke — even if that means the Chargers’ will be the Rams’ tenants. The alternative to working with Kroenke is working something out with the city of San Diego — a small market that is displeased with Spanos both for trying to relocate and for requesting $300 million in public money to finance a new stadium that would keep the Chargers in San Diego.

As many have noted, the Chargers’ one-year window to move to L.A. gives them leverage over the city of San Diego. If the team does decide against L.A., they will receive $100 million from the NFL to go toward a new stadium, as decided in Tuesday’s ownership meeting. This money will go with the usual $200 million the NFL typically offers up for new stadiums.

According to the San Diego Tribune, the decision to finance a new stadium for the Chargers will be decided in a vote, either in June or November. Because local politicians are displeased with the idea of offering Spanos $300 million in public money for a new stadium, the Chargers would rely on a citizen’s campaign to win the vote.

After yesterday’s ownership meeting, Spanos offered few hints regarding which way he is leaning, though Bleacher Report’s Mike Freeman reported Spanos was upset with how everything had shaken out.

“I will be working over the next several weeks to explore the options that we have now created for ourselves to determine the best path forward for the Chargers,” Spanos said.

As Deadspin’s Barry Petchesky noted, the Chargers will need to act quickly if they are planning to move to Los Angeles. If they wait a full year, that will give the Rams a one-year head start to sell tickets and merchandise and win over the public. Nobody wants to be a city’s second team.

It’s a messy situation, with no simple solution in sight for Spanos and the Chargers. Bolts from the Blue, SB Nation’s Chargers blog, summed up the situation perfectly:

“[Spanos’] options are to choose between the market he nuked, and making a deal with an owner he distrusts in a stadium he hates.”