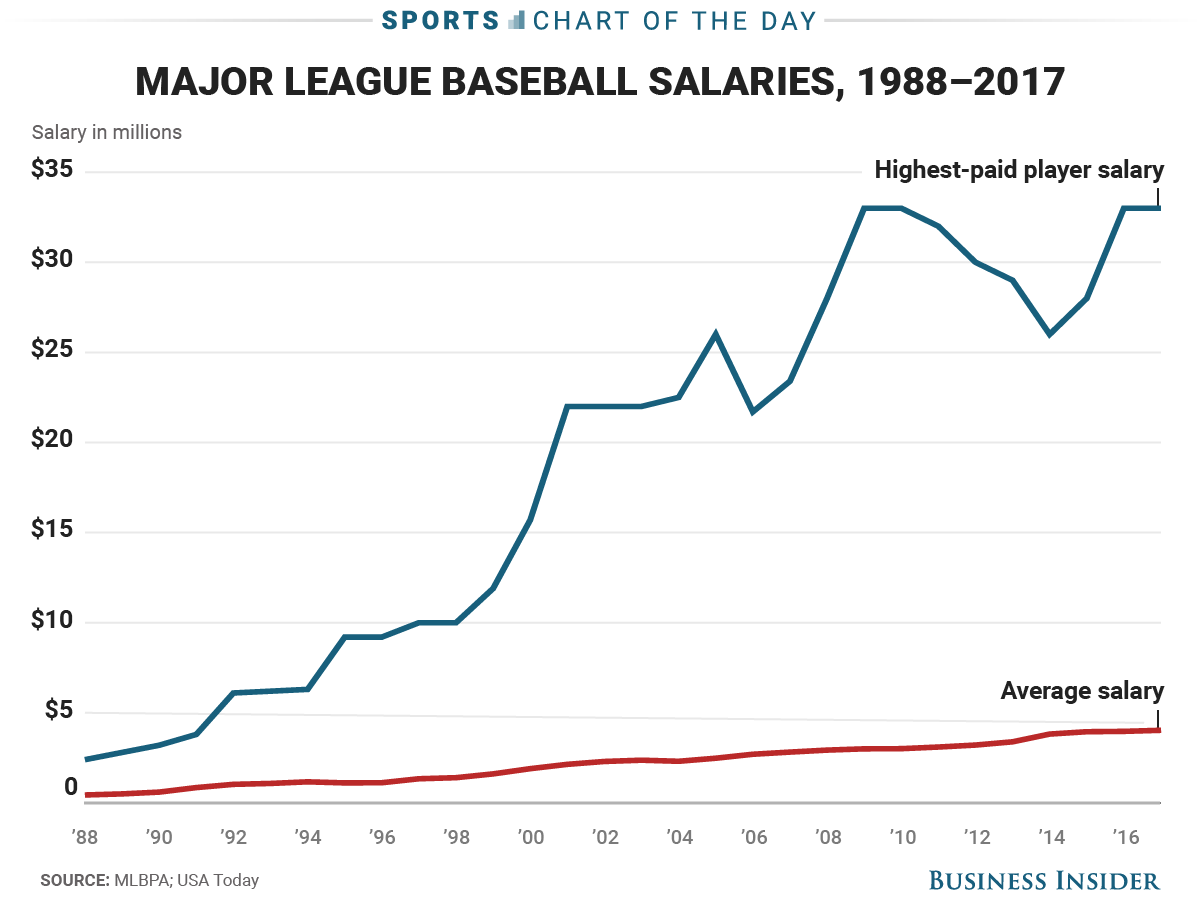 The average Major League Baseball player will make over $4 million this season and nobody will make more than Los Angeles Dodgers pitcher Clayton Kershaw who will make $33 million as part of his seven-year, $215 million contract.

Kershaw’s salary is just the latest and largest in a trend of skyrocketing salaries for baseball’s top players that started with Alex Rodriguez’ infamous ten-year, $252 million contract with the Rangers in 2001. Kershaw’s salary is more than twice the size of the largest salary in 2000, the year before A-Rod’s contract. That season, Dodgers pitcher Kevin Brown made $15.7 million.

Likewise, the average salary in MLB has also more than doubled during that span, going from $1.9 million in 2000 to just a tad more than $4.0 million this season.