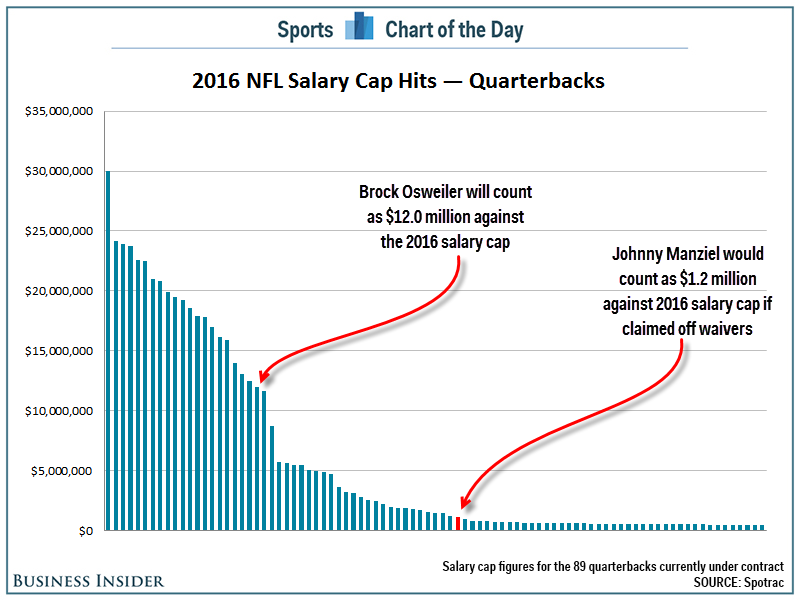 The Cleveland Browns cut ties with Johnny Manziel on Friday when they released the much-maligned quarterback.

However, before he can become a free agent, he must first clear waivers, and there is one huge reason why it shouldn’t be surprising if he does get claimed prior to the Saturday deadline.

Any team that claims Manziel off of waivers is only responsible for his 2016 salary of $1.2 million and his 2017 salary of $1.3 million. Even for a player with off-field problems, that is a steal for a quarterback in the NFL.

Adding Manziel to your roster comes with a risk. But considering how little he makes, that’s a risk a lot of teams can handle.