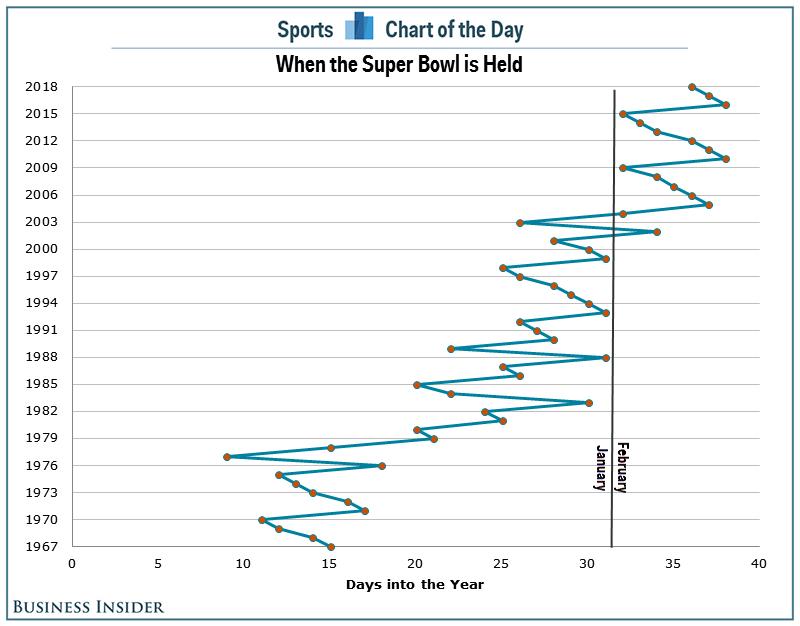 According to a Harris Poll, 10.5 million Americans requested or planned to request the a day off from work on the Monday following the Super Bowl, and as many as 16.5 million said they may take the day off. This has led many to call for the Monday to be a holiday, but based on when the Super Bowl is held, that already appears inevitable.

Back in 2008, when the NFL considered expanding the regular season to 18 games, owners also contemplated permanently moving the Super Bowl to the third Sunday in February. The benefit of that particular weekend is that Presidents’ Day is on the third Monday, which would give fans a national holiday on the day after most Super Bowls.

It has been 13 years since the Super Bowl was held in January and this year’s big game was held on February 7. With the next two games being held on February 6 and 5, respectively, the chart below shows that the NFL is only a few years away from the next surge forward. It is still a big leap from the first Sunday to the third Sunday, but at this point, it seems inevitable.