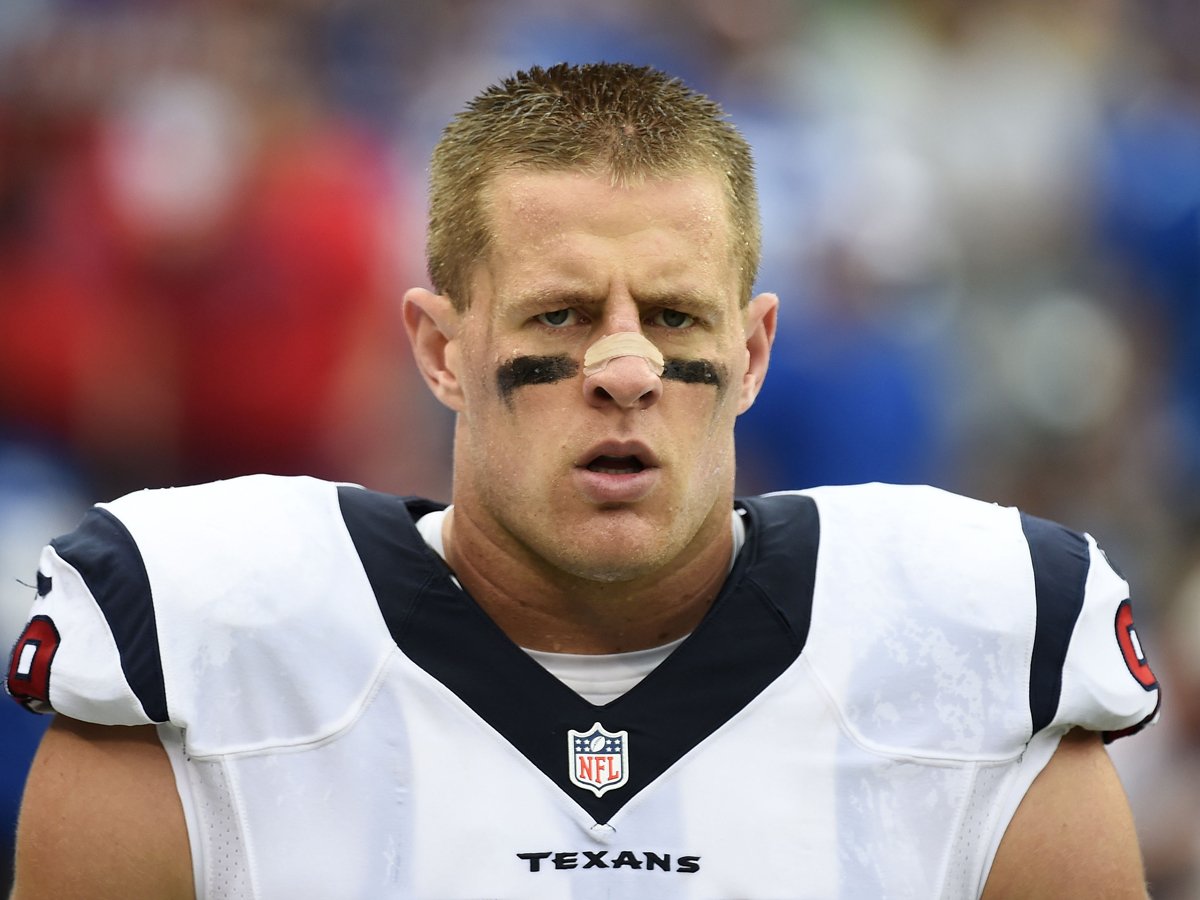 The NFL regular season is still a long ways away, but after two huge splashes in free agency on Wednesday, the Houston Texans look like they’ll be one of the best teams in the AFC come Week 1.

First, the Texans beat out the Denver Broncos to sign quarterback Brock Osweiler. Osweiler, who spent the past four seasons in Denver as Peyton Manning’s backup, reportedly felt unhappy with the way the Broncos had treated him last season, and wanted a fresh start elsewhere.

Happy to oblige, the Texans threw $72 million at him over four years, which was reportedly much more than John Elway and the Broncos were willing to pay.

Under an hour later, the Texans signed one of this season’s top free-agent running backs, nabbing former Miami Dolphin Lamar Miller on a four-year, $26 million deal.

It’s a massive day for the Texans, a team that finished 9-7 last season and greatly upgraded at in the two positions they needed to most.

Although Osweiler has only started seven games in his NFL career, it’s hard to discredit (or, to be fair, quantify) the experience gained in four years as Manning’s backup. More importantly, although their stats through seven starts look similar, Osweiler is a serious upgrade at the position from Brian Hoyer, who struggled to hold on to the starting job last season and completely crumbled against the Chiefs in the playoffs.

Osweiler has the added bonus of playing under Bill O’Brien, a coach known for his savviness with quarterbacks. And, Osweiler will have one of the most electric wide receivers in football as his top target in DeAndre Hopkins. Hopkins, only 23, finished with the third most receiving yards in football last year. Even if it takes some time for Osweiler (who is 25) and Hopkins to gel, the Osweiler-Hopkins duo is young and could prove to be a scary threat under O’Brien for many years to come.

Miller, meanwhile, will be a much-needed upgrade from the committee of mediocre running backs that struggled to replace Arian Foster last season when he went down with a torn Achilles. The Texans released Foster earlier this offseason, and now will hope 24-year-old Miller can provide a spark to the run game.

Although Miller rushed for under 1,000 yards last season, he added over 300 receiving yards and should benefit from the threat of Hopkins, too. In other words, expect a lot of play-action.

And then there is the Houston defense, who almost single-handedly won the Texans the AFC South last season. J.J. Watt shows no signs of slowing down, and Jadeveon Clowney — who has shown flashes of brilliance — will have another year of experience in the league. Longtime New England Patriot Mike Vrabel turned down the opportunity to serve as the 49ers defensive coordinator to remain the Texans’ linebacker coach, and Romeo Crennel remains the D.C. in Houston. There will be continuity, which means the defense should be just as strong, if not stronger, than it was last year.

All of which should make you salivate if you’re a Texans fan. The AFC South is never the best division in football (to put it lightly), but the Texans are building something that could change that reputation. Andrew Luck will be back and healthy in Indianapolis next season, and both Titans and Jaguars have made improvements in free agency (and will add more pieces in the draft), but the Texans are the team to beat in the division. The question, as always, is whether they’ll be anything more come the playoffs.