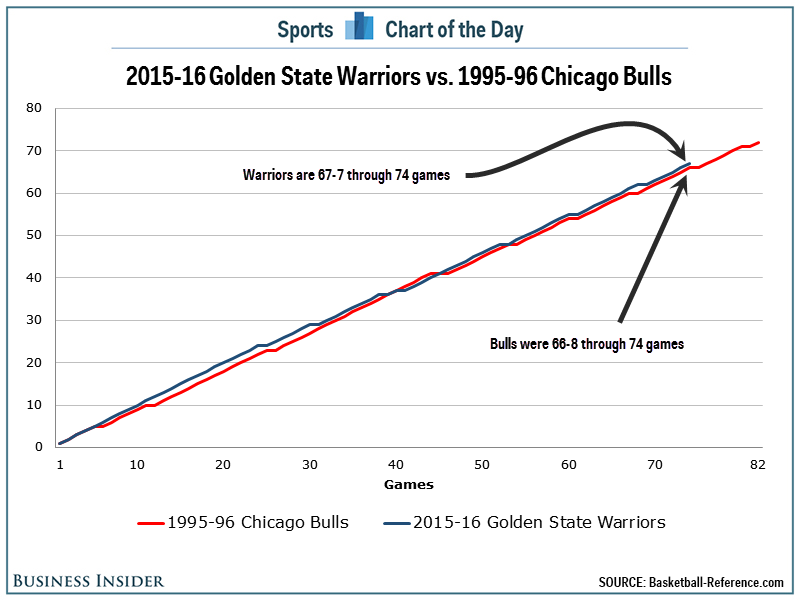 The Golden State Warriors beat the Washington Wizards on Tuesday to improve to 67-7. More importantly, the Warriors are now one step closer to one of the biggest records in the NBA: 72 wins by the Michael Jordan-led 1995-96 Chicago Bulls.

Technically, Golden State is on pace to win 74 games. However, the NBA season is one of attrition and winning games gets more difficult later in the season. There is also the potential for the Warriors resting players over the last eight games. So a better measuring stick may be the Bulls themselves.

Through 74 games, the Bulls were 66-8 and they would go 6-2 in their first eight games. If the Warriors simply match the 6-2 mark over their final eight games, they will break the record. Game on!