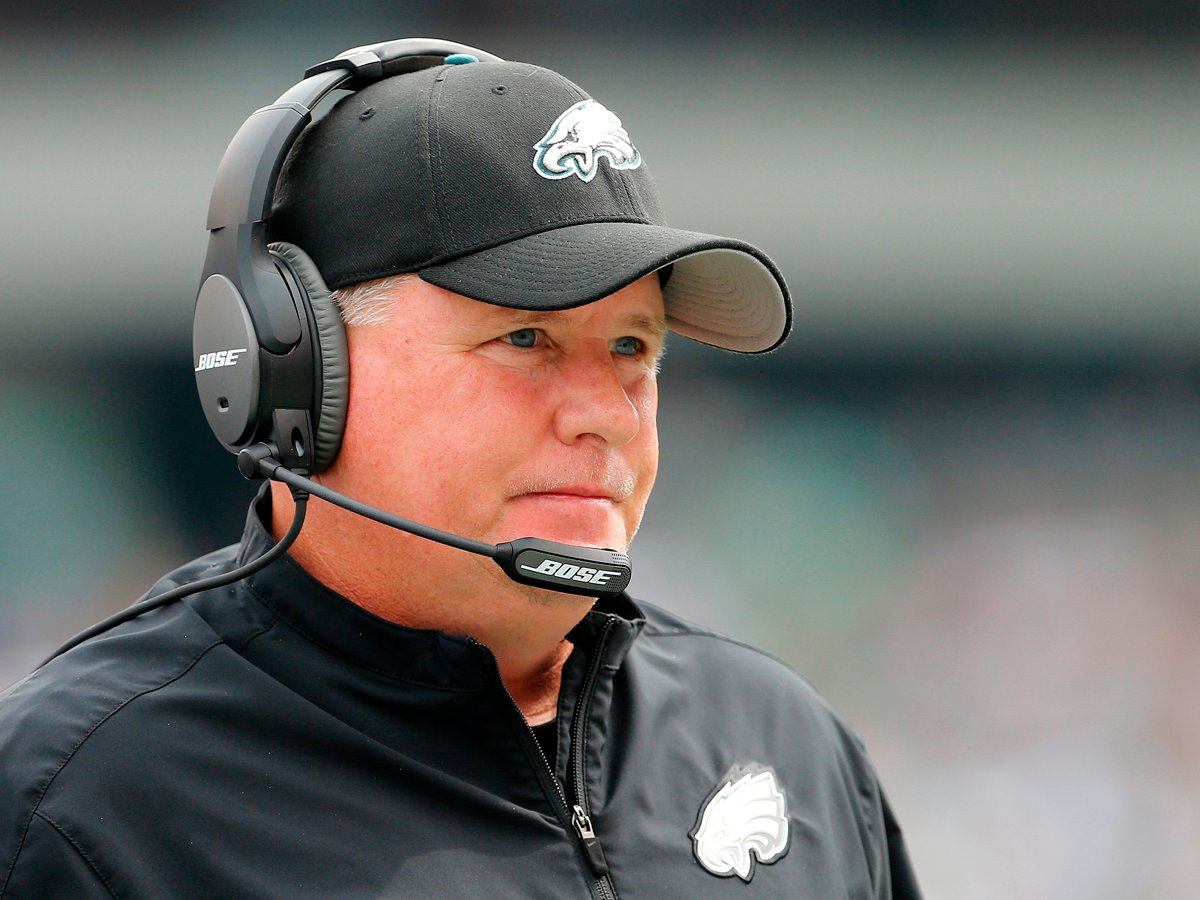 Rich Schultz/Getty ImagesChip Kelly took over the Eagles’ draft board.

Since being fired from the Philadelphia Eagles in Week 16 of the 2015 season, Chip Kelly has insisted he didn’t have control over personnel, but a new report contradicts that claim.

Prior to the 2015 season, reports indicated that Kelly won a power struggle over GM Howie Roseman and took charge of player personnel. From there, he completely reshaped the Eagles roster, and, damningly, the team went 7-9.

The former front office member, who spoke to Lombardo on the condition of anonymity, recounted the 2014 draft in which Kelly completely took over the process.

“Right before that draft, the scouts set the board. Then Chip got a hold of it and totally turned it around. Scouts had no say at all in that draft. Anybody that Chip didn’t want, that player’s card got removed from the board and thrown in the trash. Those guys were never even in the discussion.

“Almost immediately, you had a lot of scouts looking around and wondering, ‘Why am I even working? Why the hell are we even here?’ We put all of this work in, put the information in and Chip changed everything and took whoever he wanted to take.”

The Eagles’ first-round pick that year was Marcus Smith, who has seldom contributed on the field. The former front-office member said the Eagles had Smith labeled as a third-round talent.

The source also said that the only person Kelly would listen to was former VP of player personnel Tom Gamble, who was fired in 2014. From there, Kelly took over personnel, relegating GM Howie Roseman to salary cap duties, which was “the beginning of the end for Chip.”

Earlier in March, while speaking from the NFL coaches meeting in Florida, Kelly continued to say he wasn’t in charge of personnel:

Would you want another shot at being a GM? “I never was GM.” Running Personell? “I didn’t run Personell.” Final say? “Depends on situation.”

Kelly is now the head coach of the San Francisco 49ers and doesn’t seem to have the same power as he had in Philadelphia. That may be for the better, as most indications say that Kelly not only constructed a poor team on the field, but he didn’t handle the responsibility well.