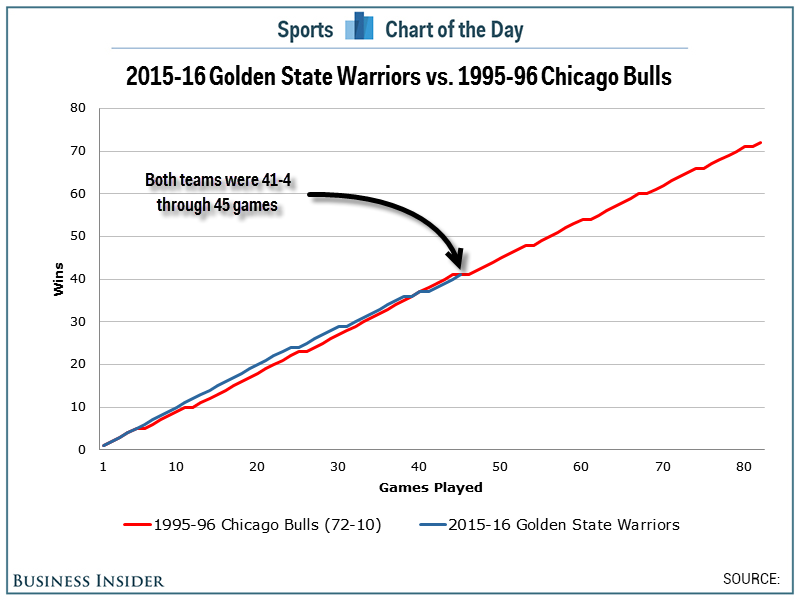 The Warriors annihilated the San Antonio Spurs on Monday night, 120-90, eliminating any doubts that Golden State is still the best team in the NBA right now.

Over the Warriors’ last four games, they have beaten their opponents by an average score of 125-98. More importantly, those four teams, the Cavaliers, Spurs, Bulls, and Pacers, are all potential playoff teams and includes at least two championship contenders. The win also has people once again wondering if the Warriors can catch the 1995-96 Chicago Bulls who won an NBA-record 72 games.

After Monday’s win, the Warriors are now 41-4. Technically, Golden State is on pace to win 75 games. However, the NBA season is one of attrition and winning games gets more difficult later in the season. So a better measuring stick may be the Bulls themselves. It turns out, the Bulls were also 41-4 through 45 games. In other words, the race is on.